It’s never too early to start saving for your retirement. The good news is that you won’t need specialized expertise in math and finance to achieve positive financial outcomes. Personal attributes like patience and discipline are much more likely to get you to your financial goals. 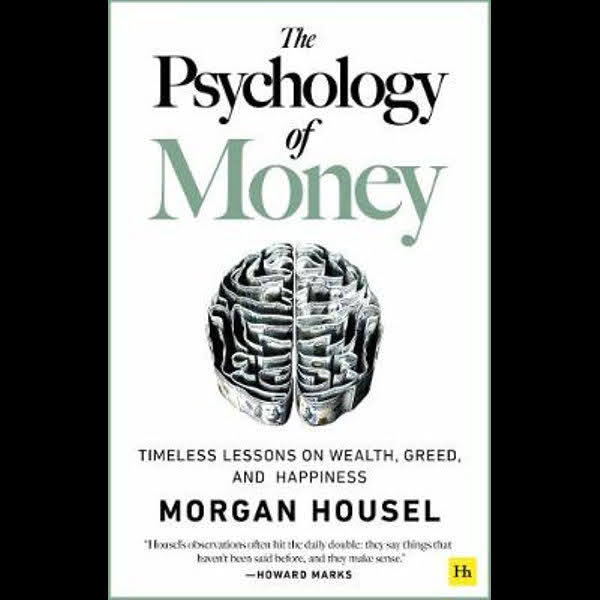 Financial journalist Morgan Housel explores how your relationship with money affects every aspect of your finances. Housel does not just offer practical investment advice but invaluable life advice you wish you had heard when you received your first paycheck.

Recommendation
Take-Aways
Summary
Financial knowledge doesn’t guarantee sustained wealth.
How luck and risk play a part in your life and financial success.
Your life experiences form your view of the world and money.
Accepting that you have enough is a valuable lesson.
Making money requires one skill set, keeping money requires another.
Don’t let people with a different financial goal guide your financial decisions.
Financial advisers provide valuable information, but the final decision is up to you.
About the Author

The more knowledge you have, the richer you’ll get, right? Perhaps. Financial know-how is actually less of a hard science than you might think. Unlike in other fields, in finance an unknown gas station attendant with a high school education might make millions, while a celebrated, Harvard-educated finance executive goes bankrupt. It all boils down to behavior. Former financial journalist Morgan Housel explores why psychology has more to do with positive financial outcomes than your math skills. Find out how your relationship with money affects every aspect of your finances.

In 2014, Vermont janitor and gas station attendant Ronald Read died at the age of 92, leaving behind a fortune of more than $8 million. He hadn’t won the lottery or inherited any money. He put aside what money he could, invested it in established companies and let his wealth build over the years.

Conversely, a Harvard-educated finance executive who a business magazine highlighted as a success when he was in his 30s, went bankrupt. The one man’s success and the other’s failure had nothing to do with their financial knowledge. It boils down to patience versus greed.

Only in the finance industry can human behavior result in such different outcomes. A trained surgeon will always perform better heart surgery than someone with no medical knowledge. In finance, you can know the rules of interest rates and corporate valuations, but your behavior – as well as luck – plays a larger part in your success than your knowledge.

How luck and risk play a part in your life and financial success.

Bill Gates was just plain lucky that the high school he attended had a computer. A math and science teacher lobbied the school’s Mothers’ Club to use rummage sale proceeds to rent one. It was a one-in-a-million opportunity. Gates admits that without his experience in high school, Microsoft never would have existed.

Kent Evans was Gates’s classmate and close friend. He also was one of the lucky ones who worked alongside Gates in the school’s computer lab. However, he never became a partner in Microsoft, because he died in a climbing accident before high school ended. The odds of this tragedy happening were one in a million.

When asked what unknowable element of investing he’d like to know, economist Robert Shiller responded, “The exact role of luck.” While few people would deny that luck exists in investing, fewer would willingly point out individual people who have experienced that luck. If you indicate someone is lucky, you might seem petty. Believing your own good fortune is a result of luck rather than hard work can make you feel depressed.

This duality of luck and risk exists almost without thought. Someone else’s loss is due to bad decisions while your own loss is due to your taking a daring risk. A similar duality exists in customer service where clients are “always right” and, simultaneously, “don’t know what they want.”

The line between bold and reckless can be thin.

Be wary of assuming your hard work and judgment are the basis of all your financial results. To manage your money, look for information in patterns and trends instead of searching for insight in a magazine cover story about a billionaire.

Additionally, bear in mind that a few good stock purchases usually provide the majority of income. This means you can be wrong more often than you’re right and still come out ahead. Venture capitalists, for example, expect that out of 50 investments, 25 will fail, and one or two will do well enough to fill the company coffers.

Investing in start-ups seems risky. Many people think that investing in large, stable companies is the safer choice, but, in truth, you are just as likely to lose – or win – betting on big public companies as start-ups. J.P. Morgan Asset Management looked at returns for the Russell 3000 Index – which consists of a wide swath of big, public companies – since 1980. It found that 40% of the stocks lost 70% and never regained their value. What held the diversified index afloat was only 7% of the companies included therein.

Your life experiences form your view of the world and money.

A National Bureau of Economic Research study found that people’s experiences significantly influence their feelings toward money. If you were a young adult in a bull market, you are more likely to invest in stocks than people who grew up in a more sluggish one. Your experiences might lead you to make thoughtful decisions that may seem ludicrous to others. For a child of wealthy parents risk has a very different meaning than for a child of poor parents.

People’s…investment decisions are heavily anchored to the experiences those investors had in their own generation.

In addition to the generational, cultural and financial differences between people, many aspects of personal investing are very recent additions. The ubiquitous 401(k) didn’t exist before 1978. Roth IRAs came on the scene in 1998. As with other experiences which shape your relationship with money, the choices you make as a result of your interaction, or lack thereof, with certain finance tools, means your financial decisions are often more personal than statistically rational.

Accepting that you have enough is a valuable lesson.

Emotional financial decisions can be devastating when you base them upon how much money others possess. People who aren’t satisfied with what they have can easily loose it all while grasping for more. Rajat Gupta, born in poverty in Kolkata, India, and former CEO of McKinsey, was worth $100 million in 2008. Not satisfied, he used insider information to make a quick $17 million. The Securities and Exchange Commission had an easy job convicting him and sending him to prison.

Bernie Madoff, convicted of running a Ponzi scheme for two decades, had a successful and legitimate investment company prior to his fraudulent actions. One aspect of his legal business made more than $25 million per year. He was, by any standard, incredibly wealthy. But he felt he didn’t have enough.

In both cases, the men lost what they had because they wanted more. Achieving a financial goal and then making a higher one can become a never-ending process. Part of this issue stems from the fact that capitalism excels at creating envy.

Comparing your finances with other people’s is a losing battle. Feeling that you have enough, even if it’s less than someone else has, is the way to win.

Taking risks is a necessary part of making money, but to hold on to your money, retain your “humility and fear.” Television journalist Charlie Rose once interviewed Michael Moritz, who leads the venture capital company Sequoia Capital. The firm has succeeded for four decades, unlike many others that collapsed by the wayside within a decade. Asked about the firm’s longevity, Moritz attributed it to the fear of going bankrupt. While the company must, by nature, take risks, Sequoia Capital didn’t assume that its past successes would reoccur in the future.

Be prepared and expect that your plans won’t come to fruition in the way your spreadsheet envisions. Providing a “margin of safety” allows you to have flexibility when the randomness of life, politics or economics affects your desired outcome. This strategy increases your chance of succeeding when taking a risk.

If I had to summarize money success in a single word it would be ‘survival’.

Some investors try to hedge by studying the past. While history provides information on unexpected happenings in the past, it doesn’t foresee the future. The reality is that new, never before experienced situations erupt constantly.

Investing based on historical events also ignores the rapid changes in today’s world. Take venture capital (VC), for example. When Phil Knight created Nike, the idea of VC firms didn’t exist. Relying on even last generation’s information is useless. The S&P 500 added its first financial stock in 1976. Technology stocks didn’t even exist. Today, financial and technology stocks comprise more than 35% of the S&P 500. What hasn’t changed over time is how people react to avarice and stress.

How saving small amounts of money regularly can affect your eventual wealth is counterintuitive. It’s similar to the growth of hard drive storage. Over the past 70 years, hard drive storage has expanded by a factor of 30 million. Even as recently as 2004, Bill Gates questioned why Gmail users would need “a gigabyte of storage.”

Warren Buffett made his first investment 75 years ago. When he started his “serious investing,” he was a child of 10. At the age of 30, his net worth was $1 million. The goal is not to find that one-in-a-million stock, but to find investments with fairly good returns that you can hold for the long-term.

A little growth serves as the fuel for future growth.

The phenomenon of bubbles in the market underscores what can happen when short-term thinking becomes widespread. Bubbles build and burst for many reasons, but greed plays a major part. When the dot-com and housing bubbles burst, they eliminated $6.2 and $8 trillion of wealth respectively. In addition to the greed factor, both situations involved people who changed their investment strategies based on actions of others who had completely different goals.

The concept that a stock has a “rational price,” isn’t rational. For short-term traders looking to cash in by the afternoon on stock purchased in the morning, paying $60 per share for Cisco stock in 1999 might have been a great option. This price reflected a 300% increase over the year. But for long-term investors, listening to day-trading pundits and buying accordingly was calamitous.

Financial advisers provide valuable information, but the final decision is up to you.

Financial advisers have crucial knowledge, including “universal truths in money.” Each individual, however, must decide for herself or himself what path to take. The following points can help you think about your goals:

Former financial reporter Morgan Housel wrote for The Motley Fool and The Wall Street Journal. He is currently a partner at Collaborative Fund.