Science writer Mary Roach made a name for herself by examining the hidden, the unappreciated and the forbiddingly unappetizing. For this report, she embedded herself in obscure US Army research labs to learn seemingly mundane yet potentially lifesaving particulars of military science. Roach grants readers an overview of – and appreciation for – the enormous efforts military scientists expend in keeping soldiers alive and well. 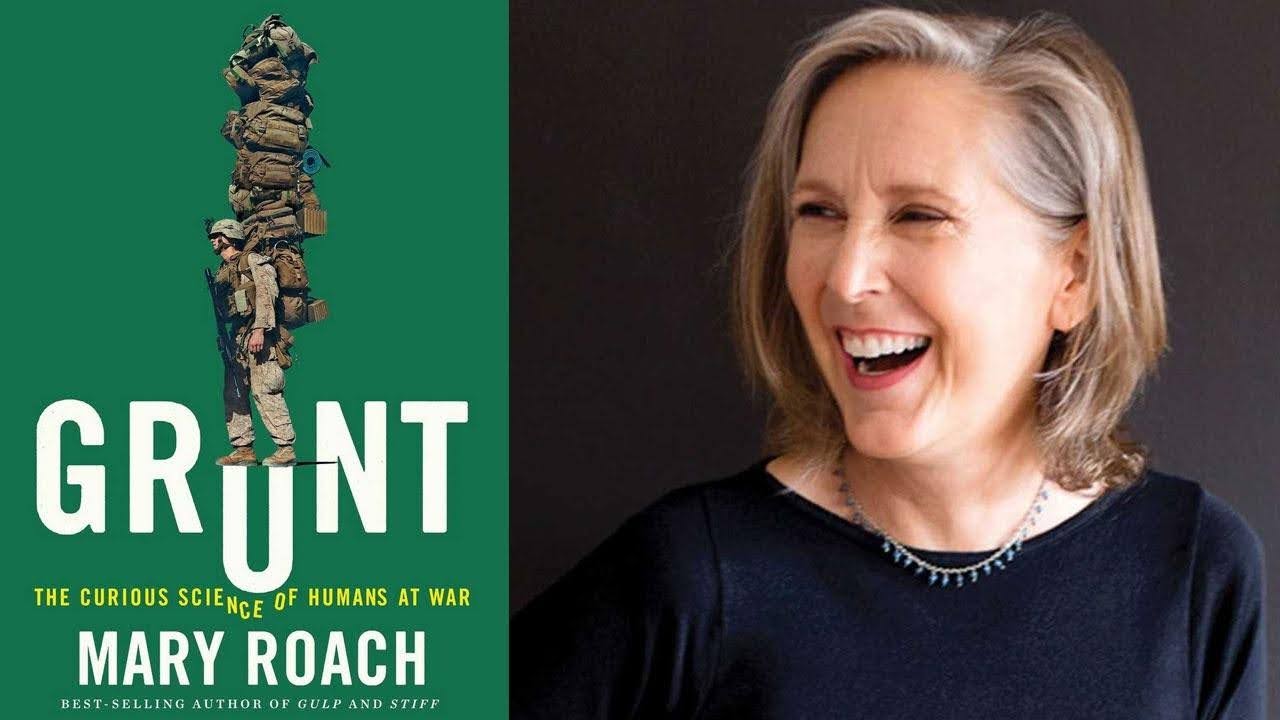 Bestseller Mary Roach turns her keen eye to the science that addresses the many ills that combatants face, with fascinating results.

The US Army Natick Soldier Research, Development and Engineering Center comprises specialized laboratories that develop and test “everything a soldier wears, eats, sleeps on or lives in.” Researchers weigh the advantages of potential fabrics for uniforms. Nomex, a flame-resistant material, gives tank and air crews a potentially lifesaving five seconds to take off their clothing before it ignites. Polyester is cheap and strong, but melts and sticks to surfaces, including burn wounds.

The army would like…uniforms that protect [soldiers] against all that modern warfare has to throw at them: flames, explosives, bullets, lasers, bomb-blasted dirt, blister agents, anthrax, sand fleas. – Mary Roach

Zippers chafe skin and jam when exposed to sand. Velcro is noisy and may alert an enemy. Silk underwear doesn’t fragment or contaminate wounds.

Roach explains that increased survival rates from IED attacks make genital reconstruction a growing concern among army surgeons. To partly reconstruct the urethra – the tube through which urine moves – surgeons use mouth tissue so minerals in urine can’t build up and obstruct flow. Mouth tissue is made for a moist environment and won’t inflame when exposed to urine. When surgeons can’t replace the urethra, they create a new urethral opening via the perineum. But, Roach points out, the procedure is extremely unpopular because it requires men to sit while urinating.

Phalloplasty – creating a penis using skin flaps from the underside of the forearm – helps injured combatants regain a somewhat normal sex life. Former combatants who experience urotrauma are high suicide risks when they return home with sexual intimacy problems. Researchers are developing a penis transplant to restore normal functions without the drawbacks of phalloplasty, “thanks in no small part to the transgender community.”

American soldiers serve in active combat mostly in hot places. Researchers at the Consortium for Health and Military Performance (CHAMP) seek biological and genetic markers that predict a combatant’s tolerance to heat – which correlates with an individual’s ability to sweat. Roach reveals that active army combatants often carry a hefty 95 pounds (43 kg) of body armor, batteries, weapons and ammunition.

Soldiers’ exertion causes heat-related illnesses, including heat exhaustion, fainting and potentially lethal heat stroke. In a heat stroke, the body diverts blood flow from the gut to muscles that demand oxygen, thus damaging digestive organs. The bloodstream can no longer flush away gut bacteria, which poisons the body. In high temperatures, Roach explains, the body can’t supply the muscles with sufficient oxygen. Muscle tissue releases into the bloodstream, potentially leading to cardiac arrest and kidney failure.

More than half of combatants in the recent wars in Afghanistan and Iraq suffered diarrhea at least once. Diarrhea pathogens kill cells in the intestinal lining, and the gastrointestinal tract can no longer absorb water. Soldiers commonly hold the misconception that diarrhea flushes out what makes its sufferers sick and avoid taking antimotility drugs such as Imodium. Many sufferers reject antibiotics for fear of developing antibiotic-resistant strains of the disease. New antibiotics get rid of symptoms in as few as four hours, which doesn’t give a resistant bacteria strain time to evolve. The result, Roach reveals, is that the US Defense Department may end up spending more on treating veterans for IBS than on treating them for PTSD.

Military encampments may feature unsanitary toilets, decaying food and even corpses, which attract houseflies and blowflies. They carry bacteria that transmit diarrhea, typhoid fever, cholera and dysentery. But filth fly larvae can save lives, as US army surgeon William Baer discovered during World War I. When maggots enter open wounds, they remove dead tissue filled with dangerous bacteria that would colonize in healthy tissue.

In 2007, Roach details, the US Food & Drug Administration approved California-based Monarch Labs’ medical device that contains live blowfly larvae. The device is being tested for treating chronically-infected IED wounds. In these complex wounds, maggots do a better job than “robotic lasers” in removing dead tissue. However, the treatment demands a lot of staff involvement, maggots repulse some personnel and staff must kill all maggots before they turn into disease-spreading flies in the hospital.

Sleep deprivation impairs mental functioning. Since the 1980s, submariners work an 18-hour schedule divided into two six-hour work rotations and one six-hour block for sleeping. In the absence of natural light, the Navy theorized, sailors would adjust to the shortened cycle. But researchers found that the body’s internal clock runs on a 24-hour cycle even without light cues.

The prospect of marginally vigilant humans babysitting reactors, torpedoes and weapons of mass destruction is unsettling – that the scene takes place in a vessel under hundreds of feet of water, all the more so. – Mary Roach

Mary Roach loves unknown cool stuff, most of it disgusting. Her books deconstruct the underbelly of whatever subculture she reports on. Roach’s relish for the gross and for the crucial functionality of the gross in modern life makes her a consistently fun, informative and highly amusing author. You might think her passion for the disgusting would give her a mostly ironic view, but Roach takes her subjects seriously, especially the medical issues that combatants face. Her prose flies by, and yet you will learn much that will inform your view of the world and likely change it.