Think of an apple. In your mind, you can see its red color, feel its smooth surface, smell its sweet fragrance, take a bite and listen to its crunch. All the signals you perceive originate from the apple: visual, tactile, olfactory, gustatory and auditive. Combine all these senses, and you really know what an apple is. Now imagine you’re an astronomer. You’re no longer trying to understand a piece of fruit, but something far more mysterious, deep in the universe. You can look at this thing through a telescope, but light alone may not suffice to identify it. You need more information, and while you can’t necessarily smell, taste or touch this distant discovery, you can use other “messengers” – such as neutrinos or gravitational waves – coming from the same celestial source. 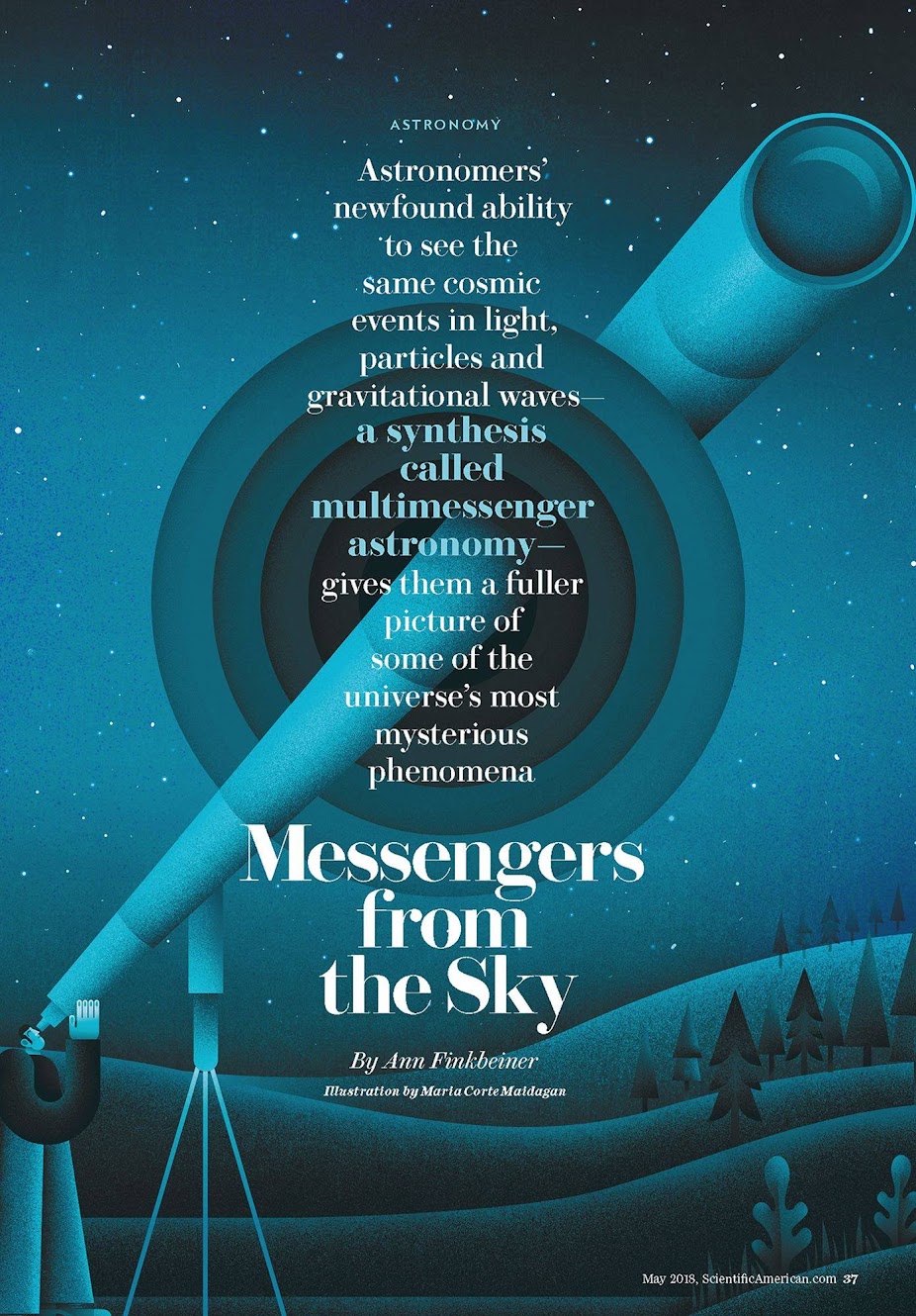 Messengers from the Sky by Ann Finkbeiner

Take-Aways
Summary
About the Author

Astronomers use different methods to detect “messengers” that reach Earth from the cosmos.
To study celestial objects and events, astronomers need to detect “messengers,” signals that reach Earth. For the longest time, people observed visible light from the stars using optical telescopes – with photons being the messengers. New methods then allowed astronomers to detect other messengers including neutrinos [electrically neutral elementary particles with very low mass]. In 1987, astronomers detected neutrinos originating from a supernova, the death of a star in a distant galaxy. In 2015, for the first time, the Laser Interferometer Gravitational-Wave Observatory (LIGO) detected gravitational waves – distortions in spacetime caused by accelerated masses.

“Two recent celestial events have ushered in the age of multimessenger astronomy – the technique of observing the same phenomena through light, particles and gravitational waves.”

“Astronomers want to know what happens after neutron stars merge. They want to see a neutron star merging with a black hole and to discover how jets arise and what powers them. They still do not know how the cores of stars collapse into supernovae, and they want to watch supermassive black holes in the centers of galaxies merging with other supermassive black holes in the centers of other galaxies.”

New multimessenger detectors are under construction that will complement existing ones on Earth and in space.
An improved version of the IceCube and KM3NeT, a neutrino detector located 3.5 km below the Mediterranean Sea, will be welcome additions to astronomers’ multimessenger arsenal. India and Japan are constructing additional gravitational wave observatories. The Laser Interferometer Space Antenna (LISA) will detect gravitational waves from the orbit after its planned launch in 2030.

Science writer Ann Finkbeiner writes about astronomy and cosmology, and the relation between science and national security. Her recent book, A Grand and Bold Thing, is about the Sloan Digital Sky Survey, an attempt to map the universe.