The Art of War (fifth century BCE) is a Chinese military treatise that many global figures, including Mao Zedong and Douglas MacArthur, have used to inform their leadership strategies. Along with military tactics that can be applied to culture, politics, business, and sports, it highlights the skills good leaders need to have. 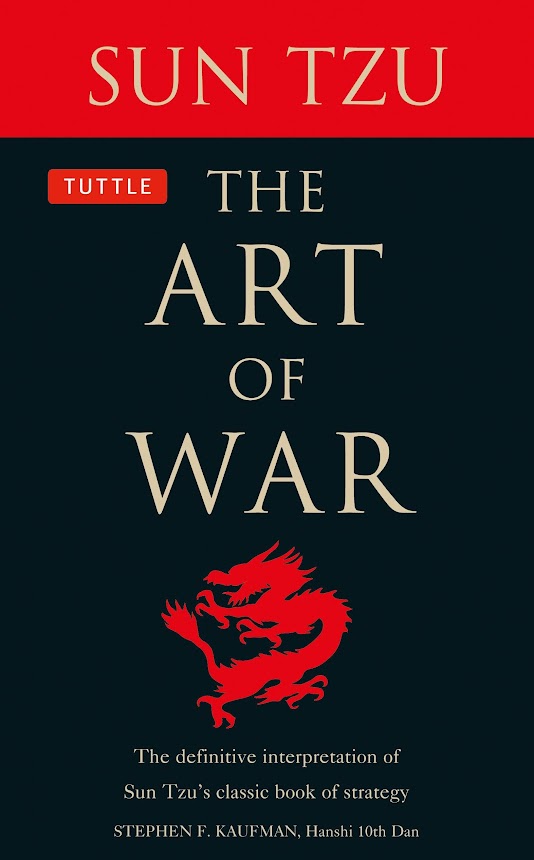 Genres
Introduction: What’s in it for me? Learn to pick your battles and become a better leader.
The Art of War and its historical context.
Use information to gain a competitive advantage.
Speed is the essence of war.
The skills of a good leader.
Final Summary

Introduction: Learn to pick your battles and become a better leader.

Sun Tzu’s The Art of War is a classic. Leaders around the world often reference this title. In fact, it’s one of the most influential leadership books of all time. What it teaches can be applied to business, sports, your private life, parenting – pretty much any situation in which you might encounter conflict, tension, or competition.

So, how did a manual that was written 2,500 years ago gain such a cult following? Well, as it turns out, a good idea never gets old.

In this summary, we’re diving into the key ideas outlined in The Art of War. The main piece of advice is something you’ve probably both received and given to others: pick your battles. But how do you do that? And what does that mean in the context of leadership today?

With around 50 pages, depending on the edition, The Art of War is a fairly short book. Likewise, this is going to be a fairly short summary. Much of the original has to do with battle techniques – but we’ll also add in some modern-day context to make its lessons more applicable in today’s world.

In this summary, you’ll learn

The Art of War and its historical context.

Let’s start by putting The Art of War and its author into context by rewinding 2,500 years. It’s the fifth century BCE, a period marred by battles between different warring states in China. Among those leading and advising in these battles was Sun Tzu – and he was winning a lot.

He was a Chinese general, military strategist, and writer – and all of his victories inspired his military treatise. Yes, this is a book about war. But you’ll find that the ideas in it focus more on alternatives to actual fighting – like submission (if only temporary).

The book has 13 chapters, each with a lot of bullet points rather than prose about war tactics. You’ve already gotten a huge spoiler, which is that you should “pick your battles” – and that a war is best won without any fighting at all.

But before we dive into this, let’s touch on the 13 chapters. They’re about making plans, the economy of warfare, the five pillars of a strong united front, the importance of defending your position, how to use creativity on the field, how to quickly respond to changes, the dangers of direct conflict, the need for flexibility, evaluating the intention of others, the three areas of resistance, the nine stages of a campaign, how to employ weapons correctly, and utilizing good information.

A lot of the material has to do with using the landscape and your army’s resources to your advantage. If you want the details of each, we recommend you get the book and read it. But if you want to learn how to be a good leader based on this book, stay with us.

Use information to gain a competitive advantage.

Sun Tzu was a master of soft power. That is, he tried to win wars without ever physically fighting. If fighting was absolutely necessary, his goal was to win the easy battles first.

The best way to win the easy battles is to have insider knowledge. That’s right – Sun Tzu was a fan of spying and engaging in psychological warfare. These days, you could turn to industry espionage. Or you could just do some research on the internet and talk to your network to find out what your competitors’ advantages and disadvantages are.

Now, let’s put this piece of advice into practice. If you’re in a position where you’re managing conflicts and need to “win a battle,” it’s important that you have accurate information about your counterpart. The goal is to think outside the box and conserve your resources.

Apple did this with its “Think different” campaign. Their aim wasn’t to compete with others, but to create a whole new game for themselves. The company wanted to go beyond just the personal computer industry. Cue the iPod, iPad, Apple Watch, and more. Same goes for Spotify. They didn’t just want to be a music platform, but a one-stop shop for all things audio. And now you can find almost any audio product you can think of on Spotify.

So here’s the first step to avoiding war: start a completely new playing field. Go where there aren’t any competitors, and think beyond their horizons.

Speed is the essence of war.

We mentioned earlier that it’s important to know what your competitor or enemy is up to. To do that, you can deploy different methods. Sun Tzu really liked espionage. These days you’ve got corporate espionage – but you also have data, market research, and business intelligence.

So, before you make a move on your competitor, make sure you know exactly how you’re going to follow up. Think about the resources and skills in your team. Are there any tensions that can be exploited as weaknesses? Could you, for instance, run a longer marketing campaign to one-up your competition?

When you do make your move, you have to be fast. Sun Tzu says, “Speed is the essence of war. Take advantage of the enemy’s unpreparedness; travel by unexpected routes and strike him where he has taken no precautions.”

In other words, speed and timing are the keys to success. Make sure you’re fast – and that you enter the playing field at a moment that’s unexpected.

Let’s say you see your market competitor dealing with a huge PR crisis. Meanwhile, maybe you’ve been working on launching an update in your app that would give you a competitive edge. In a moment like that, you have to be prepared. You have to be able to move fast and launch your attack. Your competition’s distracted with some big leadership changes? Seize your moment!

The skills of a good leader.

Now, let’s get into what Sun Tzu says about leadership. We’ve mainly talked about business strategies and tactics. And that’s great. But what advice does this title have for you leaders out there?

Sun Tzu’s key idea on leadership is something you’ve heard before: “A leader leads by example, not by force.”

And to do that, a leader has to be the following things.

They have to have a lot of experience, which will grant them the foresight to make wise decisions.

With this foresight, they can anticipate what’s coming down the road – be it in the context of competition or everyday workplace issues. A good leader needs to think strategically and be able to quickly react to changes.

On top of that, a good leader should have some soft skills. They must be able to act with integrity, be kind, and practice empathy. Sun Tzu says a leader needs to love and protect their troops; this will help them win over the hearts of their team.

Another quality Sun Tzu emphasizes is being strict and disciplined. With 5:00 a.m. wake-up routines making the rounds these days, discipline isn’t necessarily what stands out; rather, it’s strictness.

Finally, it’s important that leaders hold their team to a high standard. To uphold these standards and manage their team’s performance, leaders should implement a system based on discipline and rewards.

ou’ve just finished the summary to The Art of War by Sun Tzu. The key takeaway here is that not every fight needs to end in a battle. Instead, it’s much wiser to avoid war altogether by getting information on your competition, thinking outside of the box, and creating your own playing field. Most victories arise from meticulous preparation. If you’re well-prepared, you can strike fast when the opportunity presents itself – remember, speed is of the essence. In terms of being a good leader, make sure you’re kind yet strict. Rely on your experience, and be disciplined. When you lead by example, you’ll be sure to gain the loyalty of your team.