Too many women are comfortable earning too little, and a lifetime of devaluing themselves has led women to embrace the familiarity of under-earning. It’s time to shake off your deep-seated beliefs about your value and stop denying your potential. In Secrets of Six-Figure Women, you’ll learn the attitudes and techniques you can employ to own your power and grow your wealth. 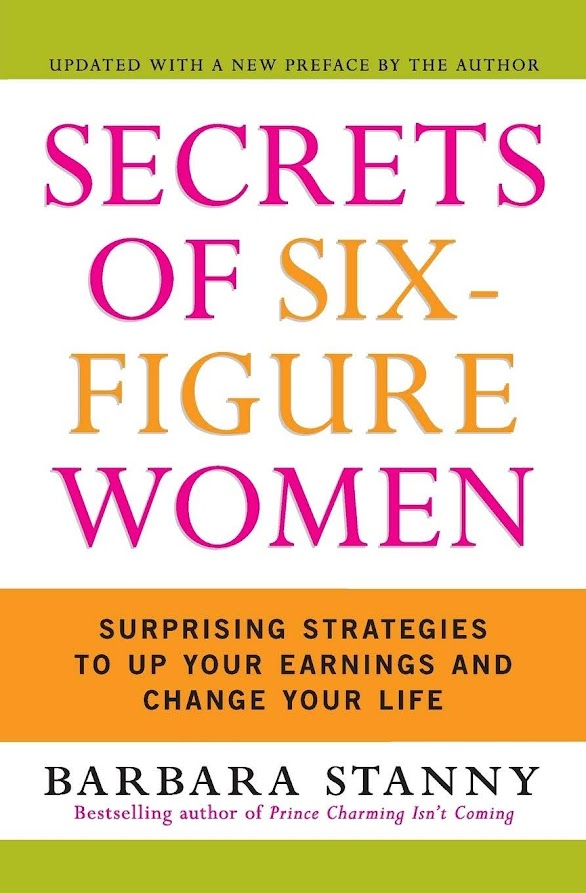 Embrace your own power and get paid.

READ THIS BOOK SUMMARY IF YOU:

Genres
Introduction
The Queens in the Counting House
The Lowdown on Low Earners
Raising the Bar
Strategy 1: The Declaration of Intention
Strategy 2: Letting Go of the Ledge
Strategy 3: Get in the Game
Strategy 4: Speak Up
Strategy 5: The Stretch
Strategy 6: Seek Support
Strategy 7: Obey the Rules of Money
Summary
About the author
Overview
Review/Endorsements/Praise/Award
Video and Podcast

In today’s world, women have an unprecedented level of opportunity to earn six figures, climb executive ladders, shape the course of their lives, and live their values in their careers. Yet across the American economy, women earn only 50% to 80% of what men earn. Too many women are underearners, demanding less than they’re worth and denying their own potential. While women’s beliefs about their values are deep-set, they can be shaken off.

To start on your way to six figures, keep in mind these seven strategies:

The Queens in the Counting House

Six-figure women aren’t necessarily who you think they are. They’re not all MBAs or investment bankers; plenty of them are creatives, and some only have a bachelor’s or associate’s degree — or no college education at all. More than anything, sixfigure women are united by their hard work and intensity. But this doesn’t mean they all work themselves to burnout. In fact, it’s possible to work less and make more.

High-earning women tend not to focus on how much money they earn but on fulfilling their values. For instance, Gail Sturm, senior director of the real estate company Cushman & Wakefield, didn’t get into commercial real estate for financial reasons but because the money she made afforded her a sense of freedom. That freedom was what she was pursuing, and it motivated her to work as hard as was required to earn half a million dollars a year.

High earners share a few other characteristics. They expect to be compensated for work they actually enjoy. They also consistently feel the same fear of failure and rejection that you likely feel — but they push through and keep calm. They see maintaining work-life balance as making trade-offs rather than sacrifices, and they don’t let discrimination or harassment at work ruffle them or distract them from their goals.

The Lowdown on Low Earners

Low earners are rarely women who aren’t capable of earning six figures. More often, they’re women who don’t harness their potential. Andrea, for instance, had four jobs and was taking courses at a community college, but when asked why she thought she didn’t make six figures, Andrea responded that she didn’t want to work that hard. If she was working herself into exhaustion already, she couldn’t imagine what it would take to earn more.

This perspective is typical of underearners. They tend to inherit beliefs about earning from their families and recreate them in their own lives. Such beliefs may be saying or thinking, “It takes too much work to earn that much,” “Women shouldn’t work,” or, “I’ll be taken care of, so I don’t need to earn that much.” These beliefs are excuses for not demanding more, and they’re a good way to rob yourself of the sense of personal achievement that comes with getting paid what you deserve.

If you’re an underearner — constantly stressed about money but believing that you couldn’t possibly work hard enough to earn more — there is a way forward. Change starts with self-awareness. You need to realize that something is wrong with your attitude toward your income and start doing the inner work to change it.

A high-earning attitude has four characteristics:

Strategy 1: The Declaration of Intention

At some point in her life, every high-earning woman makes a declaration of her intention to make more money. Once you embrace a profit motive, it’ll be hard to rest on your laurels. You’ll make the decision to earn more, too.

You don’t need to feel certain about how much you’re going to make or how you’re going to do it. When Dr. Gail Cave determined that she would leave her abusive marriage, she didn’t know exactly what her strategy would be. It was only later that she settled on advancing her education and went to school to become a dentist. You don’t even have to be totally sure that it’s possible to earn more — you just have to be intent on persistently working toward making it happen.

The power of intention is that, by being determined to achieve a higher income, you’ll start making the small, day-to-day decisions that build your wealth. There are three strategies to staying on course with your intention:

Strategy 2: Letting Go of the Ledge

Letting go of the ledge means letting go of where you are right now. Low earning is comfortable and familiar, so to earn more, you’re going to have to give up the beliefs, habits, relationships, and emotions that keep you in your comfort zone. It’s going to feel like you’re falling into the unknown without a guarantee of success — and you are. But every high-earning woman says that the act of letting go is exactly what launched her into a higher income and a more fulfilling life.

For example, for Nicole Young, letting go meant leaving her husband, who she had depended on for income. Once she was able to do that, she regained her freedom — and was quickly hired at six figures. Today, she’s an executive at Charles Schwab.

Perhaps your “letting go” won’t be so drastic. But often, letting go means refusing to settle for less any longer. This also means that you’re never going to stop letting go. Demanding better for yourself is a lifelong process.

Strategy 3: Get in the Game

Once you’ve declared your intention to earn more and let go of comfort and familiarity, it’s time to truly get started. Whatever your first step toward higher income needs to be, just take it — whether you’re ready or not.

Eileen Michaels was working as a nurse when she went through an unexpected divorce. She knew she couldn’t feed her children on her salary, so she called a broker and asked them to show her the ropes. Eileen figured that if she didn’t know anything about healthcare before she went to nursing school, it was perfectly fine for her to know nothing about the financial industry before getting her footing in the brokerage business. You must simply be willing to learn.

The important thing to do once you get started is to be persistent. But you should also be persistently profit-motivated. Don’t wear yourself out for nothing.

A lot of women never work up the courage to demand the compensation they deserve, and once they do, they’re amazed at how easy it was. For instance, when marketing manager Kim Finnerty found out that she was making almost 50% less than what some of her lateral coworkers were making, she got frustrated enough to bring it up to her boss and point out that she was contributing just as much as others who were being paid more. She expected a fight, but instead he gave her a raise — and continued to raise her salary for the next few years, until she was surpassing her peers.

If you want more money, speak up and ask for it. Not asking for what you want turns you into a victim, and victims are easily exploited. The reason women don’t typically ask for raises and simply accept what they’re given is the deeply-held belief taught by their parents, their culture, or both — the belief that they’re not worth more. You must learn to value yourself.

The stretch is about audacity. You need to stretch yourself as far as you can go — and then stretch even further. At her first job, author and consultant Karen Page had to travel to London alone to make a presentation to a client. This would have ordinarily been handled by someone with much more tenure than she had, but she was the only employee who was available to go. It was terrifying, but she did it and succeeded. After that solo trip, Karen was promoted faster than anyone in the company ever had been.

When you’re presented with a challenge, instead of telling yourself that you can’t do it, you’re underqualified, or you’re too scared, just find a way to get it done. Say yes to whatever opportunities present themselves. Hedge fund manager Renée Haugerud puts it even more audaciously, quoting psychologist Scott Peck: “When you face a challenge, dare to be God.”

Six-figure women tend to have two particular types of support: believers and guides. Believers will tell you to go for it, and that you’re capable and worthy. Guides will show you how to achieve your goals. Sometimes, one person can be both. You’ve probably already had one of these people in your life: a teacher who recognized your talent, a spouse who admires you, a friend who thinks your ideas are fascinating, or a mentor who opens doors for you.

To seek support, however, you must first be willing to ask for help. Self-reliance can be a virtue but only up to the point that it becomes an excuse to isolate yourself. You need at least one person you can call on when you need encouragement or an introduction to really get ahead. You must also commit to truly listening to your supporters. If you can’t accept their encouragement or aid, you’re wasting an opportunity.

Strategy 7: Obey the Rules of Money

It’s one thing to make good money; it’s another to have money. If you don’t obey the rules of money, you’re never going to be able to relax and enjoy yourself without worrying about your expenses. In fact, you can earn quite a bit less than other six-figure women but still have a higher net worth.

How? Spend less, save more, and invest the difference wisely.

Ultimately, what keeps women from earning six figures is a fear of power. Power is intimidating: It comes with a lot of responsibility — not just for your money but for the shape of your life. By earning less than you’re worth, you’re avoiding that power.

It’s time to take responsibility for no longer being the “second sex.”

Barbara Huson — formerly Stanny — is an expert on women and wealth, motivational speaker, and former journalist and syndicated columnist. She has appeared on Good Morning America, The View, NPR, and in The New York Times, among other outlets.

Barbara Stanny, the leading authority on women and money, is a popular motivational speaker, financial educator, former journalist, and career counselor. She is the author of Prince Charming Isn’t Coming: How Women Get Smart About Money and Secrets of Six-Figure Women. She lives in Washington state. 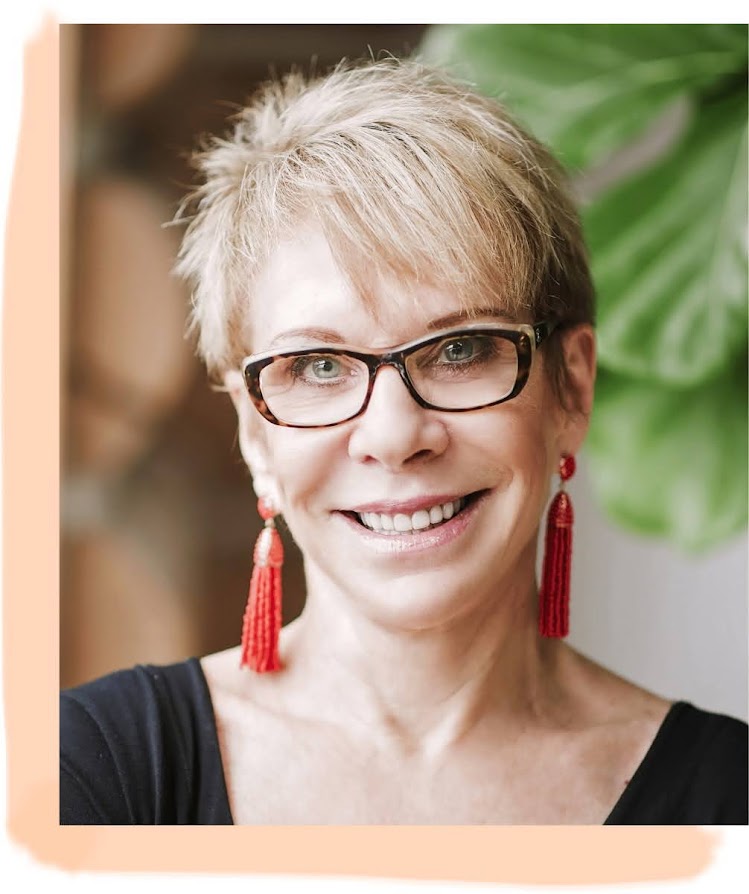 Quietly and steadily, the number of women making six figures or more is increasing and continues to rise at a rate faster than for men. From entrepreneurs to corporate executives, from white-collar professionals to freelancers and part-timers, women are forging careers with considerable financial success.

Based on extensive research and hundreds of interviews, including more than 150 women whose annual earnings range from $100,000 to $7 million, Barbara Stanny turns each of the six-figure traits into a specific strategy for upping earnings. By rigorously fine-tuning them, readers can, step-by-step, climb the income ladder.

“In Secrets of Six Figure Women, Stanny outlines clear and achievable strategies that every woman can make her own.” — Georgette Mosbacher, CEO, Borghese Cosmetics

A page-turner! The stories of the over 100 women interviewed are…a roadmap to making the money you deserve. — David Bach, author of Smart Women Finish Rich and Smart Couples Finish Rich