Statistically, over the last years the interest for recycling and everything related to it has rushed over the countries of the world and also statistically their evolution in this area has become more and more obvious for one reason and another. 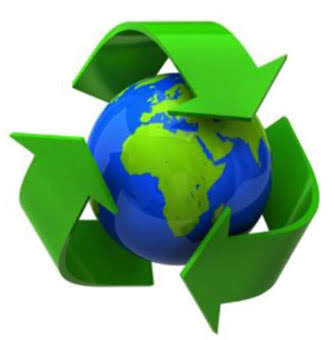 544,000 trees saved if every household in the United States replaced just one roll of virgin fiber paper towels (70 sheets) with 100% recycled ones.

20 million tons of electronic waste thrown away each year. One top of scrap from discarded computers contains more gold than can be produced from 17 tons of gold ore.

315kg amount of CO2 not released into the atmosphere each time a metric ton of glass is used to create new glass products.

$160 billion value of the global recycling industry that employs over 1.5 million people.

79 million tons amount of waste material diverted away from disposal in 2005 through recycling and composting.

5% fraction of the energy it takes to recycle aluminium versus mining and refining new aluminium.

9 cubic yards amount of landfill space saved by recycling one ton of cardboard.

51.5% percentage of the paper consumed in that was recovered for recycling in 2005.

98% percentage of glass bottles in Denmark that are refillable. 98% of those are returned by consumers for reuse.