American aviation pioneer Amelia Earhart once said, “The most difficult thing is the decision to act, the rest is merely tenacity. The fears are paper tigers. You can do anything you decide to do. You can act to change and control your life; and the procedure, the process is its own reward.” 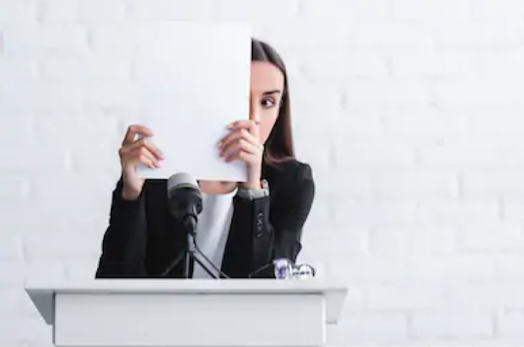 Your paper tigers – be it the sheer amount of work, haters, or possible obstacles – will only lead you to failure if you let them.

One of the most common, if not the most common, paper tiger is the fear of failure – particularly if you’ve already tried to accomplish a specific goal in the past and failed. I can’t count the number of failures I experienced on my journey to build a successful business. The number is irrelevant – what’s important is the end goal.

A 2008 study shows that among Americans, the average number of tries to lose weight in a lifetime is 15.2 attempts. The number is actually higher than that because people who don’t diet (who have made NO attempts) are included, lowering the average.

If you want to lose weight, but you’re afraid of yet another failure, realize that you’re not alone. Most people need at least several attempts to achieve success, but they’ll eventually succeed as long as they don’t give in to their paper tigers and stop trying.

You can battle your fears with enjoyment.

In exercise, enjoyment of the process is one of the key success factors. Numerous studies have shown that intrinsic motivation (exercise enjoyment, personal challenge, trying to better yourself) is correlated with exercise adherence.

It’s dramatically easier to stick to a long, arduous process if you find contentment in it. Alternatively, if you find the process boring, annoying, or frustrating and can’t find anything pleasant about it, expect to fail soon – patience, persistence, and perseverance won’t help you.

If you want to succeed, it’s a must to focus on the goals that will give you joy not only when you reach them, but also as you work on them.

For instance, while learning a foreign language, being able to speak with native speakers fluently is your end goal. If you can also enjoy the little steps you take each day to improve your skills, achieving your final outcome will be much easier.

How likely do you think you would be to keep learning a foreign language if you hated the daily process? Even if the end goal would be of utmost importance to you, it would be a race against the clock – either you would learn the language before losing the last remnants of patience, or you would give up long before reaching your objective.

Get clear about your goals and don’t forget that the more enjoyable the process is (and it doesn’t mean it will be easy), the less patience, persistence, and perseverance you’ll need.