Critical thinking is in hot demand, but unfortunately in short supply. Some people are critical thinkers but most people tend to think uncritically. 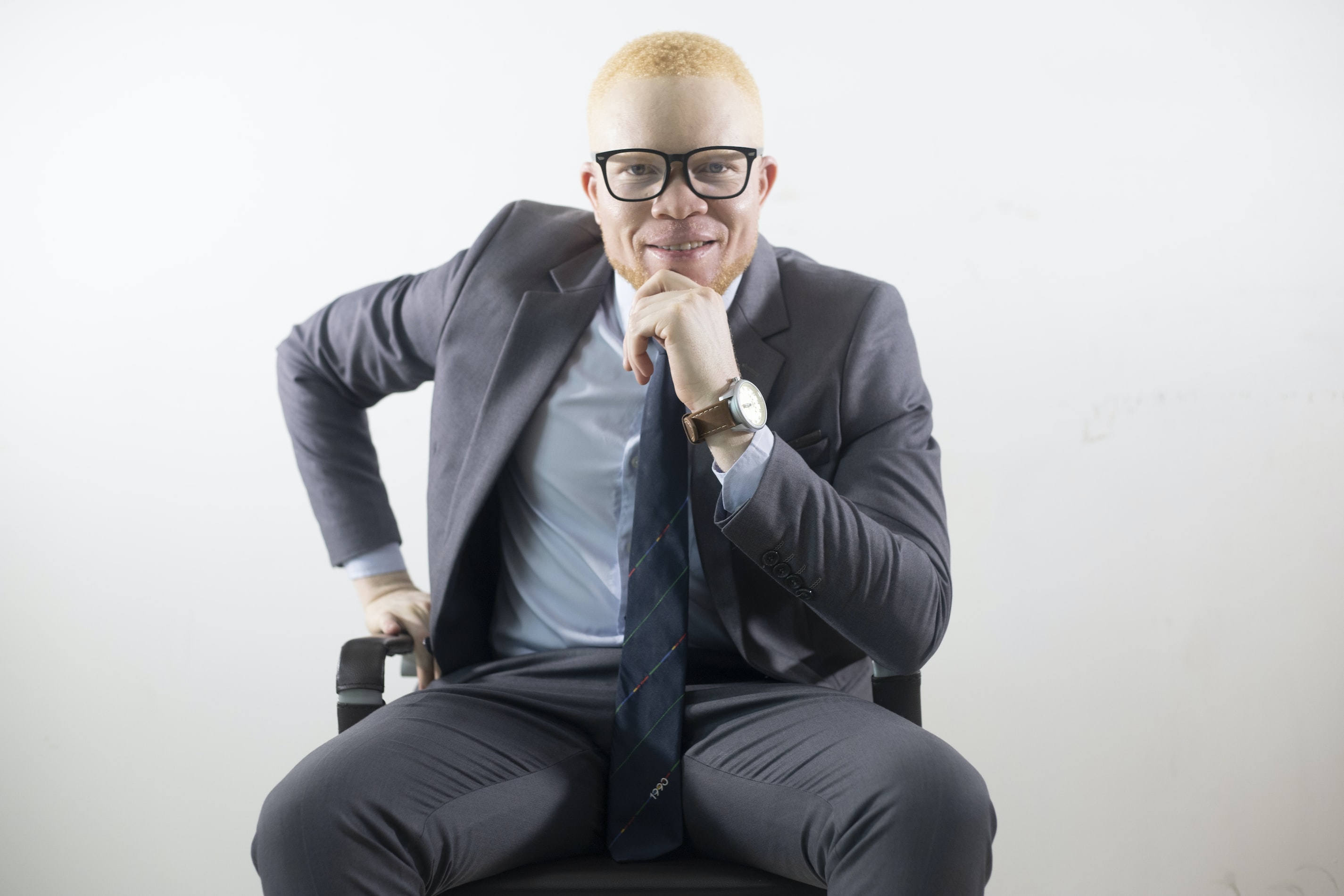 Eve Ash asks Peter Quarry to explain how critical thinking is learned and developed. Peter explains that recognizing and switching off emotions is the first step. This entails understanding how we feel and considering alternative responses. Also, it’s important not to jump to conclusions. Focus on the facts and seek more evidence before responding. Peter recommends rising above the usual ‘win/lose’ approaches to a problem. Other solutions might emerge if everyone calms down before examining a broader range of possibilities. Be willing to look beyond the ideas and information that merely confirm the view you already have.

A recent study of 4.2 million online job ads, found that the demand for critical thinking skills, has risen by 158%in the last three years.

Look, if you ask a lot of employers, they will tell you that critical thinking is one of the most important skills that they’re looking for in new employees. But they’ll also tell you that it’s one of the hardest skills to find. So it seems to be in hot demand, but kind of short supply.

What is Critical Thinking

Critical thinking is the ability to remove emotion from an issue, to observe the facts about something, and then to use logic to arrive at a decision or conclusion.

Most people naturally think uncritically, and it really wastes a lot of time and energy. So, what are some examples of good critical thinking?

Well, imagine in a marketing department, doing research, collecting evidence and facts, and then basing decisions about the marketing strategy on those facts. Imagine a student at university, in an essay or an assignment, making sure that they use facts and logically use them to arrive at conclusions. Even in a day-to-day situation, critical thinking is about not responding with emotion to what somebody says, but being able to step back, think about the situation logically, and not get offended or upset.

So how do you go about thinking critically?

First of all, recognize and switch off emotions. Secondly, collect and use information and data. And third, avoid some of the typical thinking errors.

So critical thinking is about removing emotions, focusing on the facts, thinking very rationally. But a lot of people still say, they want to listen to their gut.

There’s no doubt that emotions and gut reactions are important. But there is actually a lot of research that shows that emotions can get in the way of making good decisions. I mean, take anger, for example, it can lead to impulsive behavior. So it can actually get in the way of good critical thinking. Imagine that a customer has posted a really negative review, about some company’s products or services, and imagine a manager reacting angrily and then responding in a really kind of aggressive way that a whole bunch of people then read, and it really kind of gives a bad feeling about what that company’s about.

So, how could the person concerned behave differently so that they switch off their emotions?

So using the example of the manager who posted the angry reply, what could that person have done differently?

Okay, so they need to start by realizing that they’re angry and defensive. And also understand that the reason for this reaction is because of the one negative post. And also from there kind of understand that the urge was to lash out and to be defensive and to sort of attack this customer back again. And then finally to understand that a much better way of handling that situation is to reach out to the unhappy customer, try and understand what the problem was, and try and solve that. In other words, turn it around into a much more productive and publicly positive situation.

So they can ask themselves questions, to understand their own emotions. What else can they do?

Okay so, what they could do is deliberately delay their response.

So something like, they’re feeling angry, just take five.

So this is really all about not being driven by your emotions, but instead by logical thinking.

So when thinking critically, you really do have to have the data and the facts at hand.

Let me give you a scenario to try and make this a little bit more real. So, imagine an employee, in a company. There’s a work at home policy. And this particular employee has been found to abuse the policy and the manager finds out and is really mad and reacts by banning any further work at home for everybody in the team. And everybody else has been doing it terrifically, and now they’re all upset and morale has been affected.

So how could this manager have based his or her decision on a logical thinking premise?

First of all, what they should do is avoid premature conclusions and instead get some facts. So before deciding on the situation, the manager could ask him or herself.

“What do I know about this situation? So, I know that one person has abused the work-from-home policy. What don’t I know about the situation? Well, I don’t really know how many other people have abused, if any. So really, I need to find out these bits of information.” And it sounds terribly obvious, but if you found out those facts, you probably wouldn’t have reacted in the same way.

I think a lot of people jump to conclusions.

Absolutely and the whole thing about critical thinking is switching off those emotions, getting the facts, so that you base your decision on them, and chances are, it’s going tobe a much better decision, that’s going to not have a whole lot of ripple effects and create a whole lot of other problems.

I guess the manager could really look at the results of the other people who are working at home.

Well, that’s right, he or she needs to do some research. Finding out, how do they feel about the work from home policy? Do they use it very often? Check whether anybody else is abusing it because if nobody else is abusing it and it’s just this one employee, that’s a very different scenario. Really what the manager has to do here is talk on a one-on-one basis with that particular employee, who is abusing the situation.

Well it’s quite therapeutic, isn’t it? Because it gets the person out of the explosion and the stupidity and making an embarrassing mistake.

This is why critical thinking is so important because it’s about switching off that emotion and thinking logically instead.

So if you’ve got a whole lot of data, on any problem, how do you apply that in a logical thinking way?

One of the things you need to do is to try and look for patterns or trends in the information. So going back to our scenario, it may be looking at how everybody in the team uses the work at home policy and realizing that 95% of people use it properly, so you base your conclusion and your strategy on that data. So looking for trends, looking for patterns in the data allow you to kind of extract if you will, the truth or the insight.

We as humans have a lot of ways of thinking, and unfortunately, some of them are a problem. We can make mistakes in the way we think that can lead us into a little bit of a mess.

Can you give me an example?

Okay so, imagine two people are negotiating about something. They’re kind of getting a bit annoyed with one another. And as a result, what’s happening is that both of them are kind of digging their heels in a little bit, “So, I want my position.”You know, “You are arguing for your position.” And as a result, we’re getting stuck into basically what’s called a win/lose situation.

So, what’s the thinking error?

The thinking error here is believing that there are only two ways to solve this issue, your way or my way. And the reality is when we think like this, this either/or thinking, we don’t find out, we don’t discover that “Hey, there’s a whole bunch of possible ways.”There might be another person’s way, there might be A, B, C, who knows? So when we get locked into this either/or thinking, it stops us creatively finding what might be a much better solution to the issue.

So in that situation, what could the two people do?

Well, I think the good thing to do there, would be to kind of separate for a while, just calm down, take five, take ten, just let the emotion settle a little bit and then come back together and try and kind of collaborate. Say to one another, “Okay, we’ve got this problem, there’s your way, there’s my way, but, hey, are there any other possibilities that we haven’t thought of?”And you’ll be amazed, taking the emotion out of it and coming together to think more collaboratively, breaking out of that either/or thinking, can often produce terrific results.

Are there any other common mistakes?

Well, there are a lot. But one that I think’s very important is called confirmation bias, and this is the tendency to only see facts and information that support the view that you already have.

It is indeed. An example of that might be, a doctor who’s seeing a patient. Now, this doctor forms a kind of tentative diagnosis of what he or she thinks is wrong with the patient. But then only asks questions, maybe only orders tests, only look for information, to support the tentative diagnosis and may miss something else entirely.

Thinking Critically: Use facts and logic to solve problems and make decisions

So Peter, do you want to just summarize the essential ingredients of critical thinking?

Sure. Look, it’s about using facts and logic rather than emotion to solve problems and make decisions. And look, the three critical skills are, recognize and switch off your emotions, analyze information and data properly, and use logic to make your decisions.