Bill Treasurer and John Havlik detail how you can survive leadership with your soul unsullied and your honor intact. They explain the dangers hubris poses for leaders and how they can guard against it. 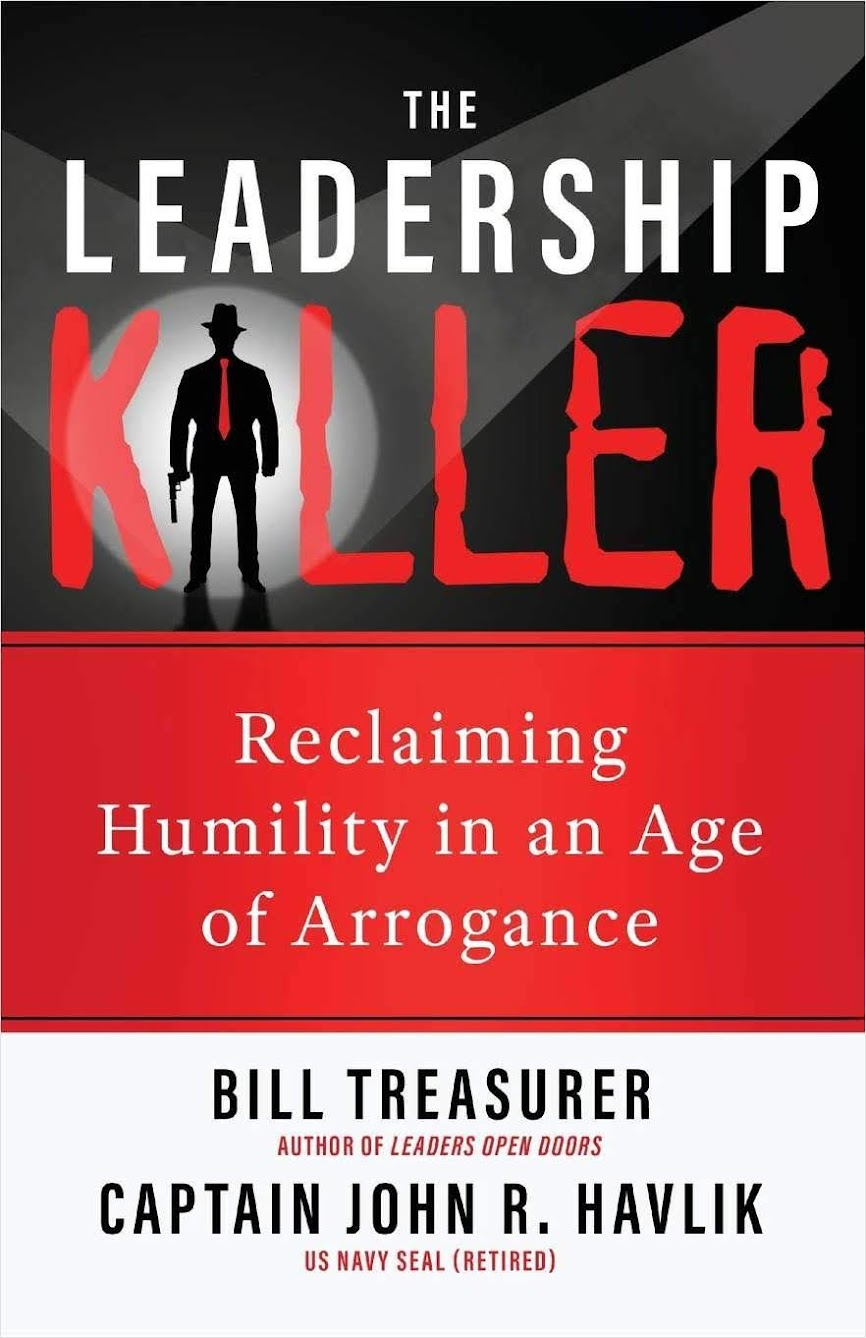 The Leadership Killer, Reclaiming Humility in an Age of Arrogance by Bill Treasurer and John R. Havlik

Both authors draw on extensive leadership experience. After college, Treasurer captained the US High-Diving Team. Later, he became Accenture’s first full-time executive coach, teaching the consulting firm’s executives how to become better leaders. As the founder of Giant Leap Consulting, he has counseled thousands of leaders. A former US Navy SEAL, Havlik headed the redeployment of all US Special Forces troops during the Iraq War drawdown in 2011. Treasurer and Havlik’s thoughtful book will educate leaders and all those who want to become leaders. The authors provide wise insights and important admonitions that all aspiring and experienced leaders should take to heart.

Hubris is “exaggerated pride or self-confidence.” It inflates the ego and, thus, diminishes and eventually destroys moral character. Hubris pushes leaders to seek power and amass it for self-aggrandizement, not for the good of the people they lead or for the benefit of their organizations.

“Hubris turns a leader’s attention away from enriching the lives of others to enriching himself.”

With leadership comes to power. This breeds hubris, a malignant vice for leaders. It’s corruptive and compromising; it strikes at a leader’s integrity and effectiveness. It provokes leaders to abuse their power. Hubris ruins leaders and damages the people they lead.

But because of leaders’ exalted position, the threat of insidious hubris comes with the territory. Hubris leads to rigidity, incompetence, and complacency, plus a tendency to intimidate others and a lack of gratitude. Hubris turns otherwise good individuals into jerks, raging narcissists and all-around horrible people. Eventually, hubris robs leaders of their moral foundations.

The Repercussions of Bad Leadership

Unfortunately, far too many bad, hubristic leaders operate in the business world. Consider Hollywood film mogul Harvey Weinstein, who for decades auditioned young female talent on his infamous casting couch. Or, remember United Airlines CEO Oscar Munoz, whose boorish insensitivity went viral after a “bloodied customer” was dragged off of a United flight. In one week, United lost more than half a billion dollars in market capitalization because of Munoz’s behavior. Then there is former Wells Fargo CEO John Stumpf, who tried to blame “some 5,300 employees” for gross corporate malfeasance that became public. During a US Senate Banking Committee hearing, one senator called Stumpf “gutless.”

Good leaders are exemplary, decisive people with discipline, integrity, good judgment, and high ideals. They work to improve themselves as leaders – and as human beings. They focus on others, not themselves. Good leaders respect the people around them and work to ensure their success. Nothing in life is guaranteed. Good leaders may do everything right and still fail miserably. Because of their character, they don’t let failure undermine them. They understand that it has a saving grace: It keeps people humble. Good leaders are experts at “ego management.” They are confident, but not arrogant. To stay grounded, they remind themselves that, in the larger scheme of things, they are insignificant.

Good leaders can turn to these reality checks to remain humble:

Two Wolves Inside You

According to an old Cherokee legend, two wolves live inside every person. One is aggressive, manipulative and angry. That is your bad wolf. The other is generous and trustworthy and strives to do what’s right. That is your good wolf. These two wolves struggle within you for dominance. It’s your job as a leader – and as a responsible human being – to choose the good wolf over the bad wolf. So, “feed the good wolf” – but don’t ignore the bad wolf. That only makes it more vicious. Redirect its energies; provide a reasonable outlet for your aggressive wolf – perhaps through exercise or a martial arts class. “Rather than starve one, guide both.”

“Unless you have mastery over the totality of your own nature, you will be prone to causing a lot of leadership damage.”

Leaders must be introspective and vigilant to ward off hubris. To avoid a swelling ego and its bad effects, raise your consciousness.

Leaders often work under heavy pressure, which takes the form of the “Three Rs”:

“No leader gets to be a god on Earth. As close as a leader may fly to the sun, his wings will melt eventually and he will freefall back down to the hard dirt floor.”

These pressure points mark the times that hubris can worm its way into your heart. Think of hubris as a stealthy, pestilential entity that burrows deep inside you. Hubris exploits the moments when you feel the most pressure so it can poison your thinking and cause you to act in selfish, shabby and dishonorable ways.

Don’t measure leadership by how much you succeed; measure it by how much you improve your firm and the lives of those you lead. The sole, avid pursuit of success often ends in disgrace.

Consider three examples: Seven-time Tour de France winner Lance Armstrong lost his titles due to illegal doping. Fred Lorz, the 1904 Olympic Marathon winner, had to give up his gold medal after it became public that his manager drove him in a car for 11 miles of the race. Tonya Harding, the 1994 US figure-skating champ, lost her title when her ex-husband was involved in an assault on rival skater Nancy Kerrigan. Harding received probation for conspiring to block the government’s case against her ex.

“What the hell is going on? Why do so many seemingly good leaders go bad?”

Be on guard when you succeed. At your peak, hubris may go into overdrive to convince you that success makes you special, the rules don’t apply to you and as a big winner you can do whatever you want. This faulty mindset accounts for the shameful fall of many formerly respected leaders. Catering to your ego is a negative dynamic. “Thriving leadership” is a positive dynamic built on leading “with virtue, integrity and humility.” Use your “leadership power” on behalf of your firm and those you lead. Help them get ahead. When leaders lead properly, optimism becomes their defining characteristic. Effective leaders are enthusiastic, energetic, happy about the present and confident about the future. And the people they lead feel the same way. They’ll look forward to going to work in an environment where employees and leaders thrive together.

To remain “humble, balanced and focused,” follow these 10 tips:

Bill Treasurer is the “chief encouragement officer” of Giant Leap Consulting, which helps people and organizations become more courageous. He also wrote A Leadership Kick in the Ass, Leaders Open Doors, Right Risk and Courage Goes to Work. Captain John “Coach” Havlik, US Navy (Ret.), separated from the Navy in 2014 after more than 31 years of distinguished naval service, 29 of those years in the Naval Special Warfare (SEAL) community.