If you follow the news, it might seem as if there’s always a new report about how social media and screen usage negatively affects teens. Issues like cyberbullying and sleep problems can occur as a result of social media, and they may seriously impact teens’ mental and physical health. Yet, there are also many great upsides to using social media and digital devices, such as developing stronger friendships and connections and reducing feelings of isolation. It’s about finding a good, healthy balance. 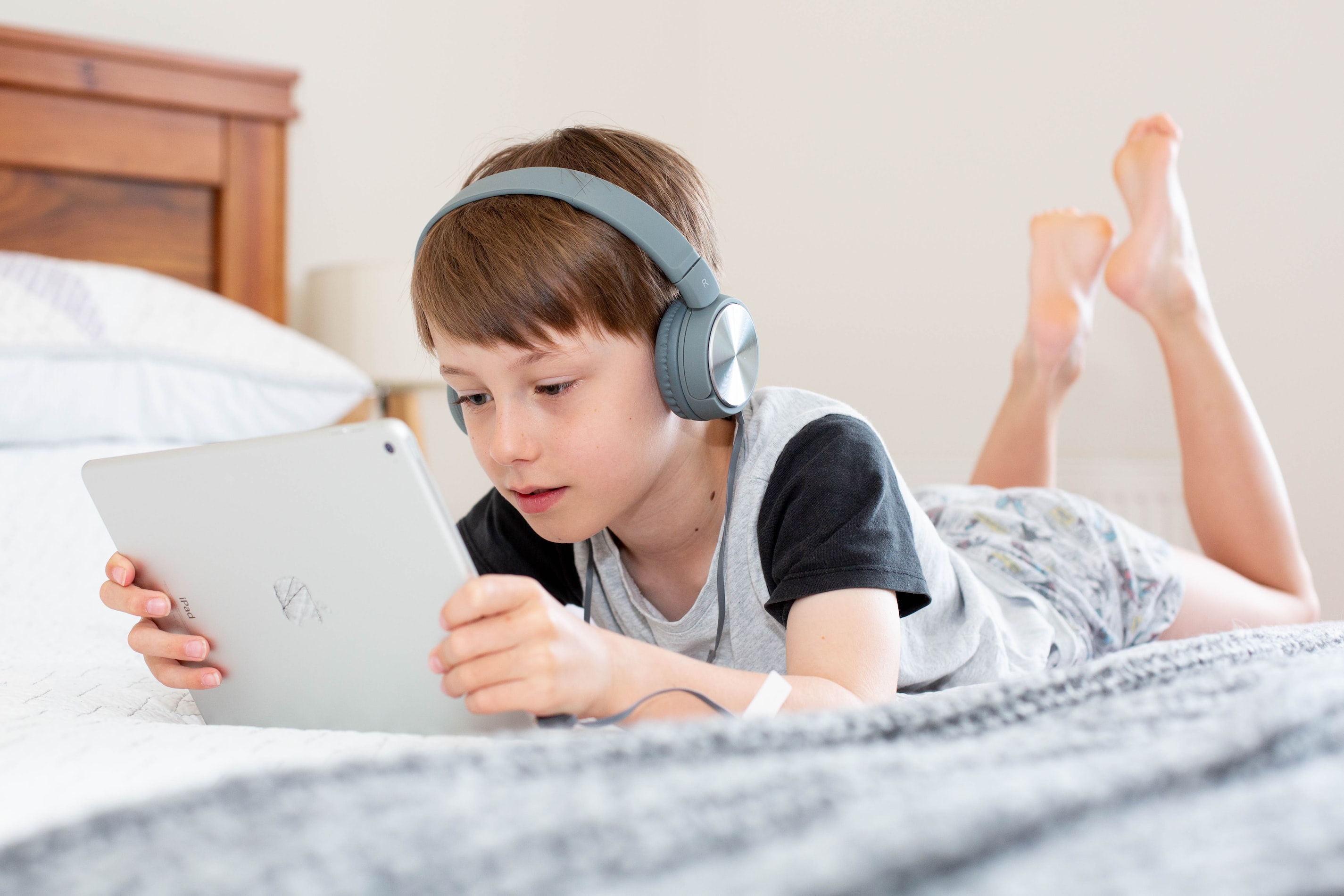 Whether a teen yourself, a parent, or a caregiver, this article will help you to explore the positive and negative effects of social media and screen use. It will also provide tips on how to develop and maintain a healthy relationship with social media and digital devices.

Social media is a norm for everyone to have, especially teens. It has become a part of their lives and can affect their development in terms of mental and physical health.

While we are constantly informed of how it negatively affects them, it is also important to understand how teens can use it to their advantage.

Through this article, you will learn how teens can balance social media usage and maintain a healthy relationship with social media and their digital devices.

There are some serious issues associated with social media and screen usage. For example, cyberbullying and sleep problems can negatively impact teens’ mental and physical health. But there are lots of upsides as well. These include things like helping teens develop stronger friendships, make connections and promote social awareness.

It’s about finding a good, healthy balance. This course will show you how to build and maintain a healthy relationship with social media and digital devices.

The positive effects of social media

Davinia’s dad, Jamie is concerned about her social media usage. If you’re a parent or carer who’s also worried about how much your teen uses social media, well, it’s not all wasted time! Consider some of these totally great benefits:

Social media enables teens to keep in regular contact with their friends and maintain existing friendship groups. Research has also shown that teens with strong friendships are less likely to be targeted by bullies. This is because bullies often single out those they perceive to be isolated.

Similarly, connecting with others helps promote good mental health and emotional well-being. Loneliness can affect anyone, including teens. Knowing that they can talk to other people online helps to ease feelings of isolation.

ALLOWS FOR PERSONAL EXPRESSION AND CREATIVITY

Being able to express your individuality and creativity are all linked to having a greater sense of well-being. If Davinia feels she can reveal her true self and share this with others, her confidence will naturally rise. Teens who struggle to find avenues for self-expression or connecting with others who have the same interests may question whether their passions are valid. Yet personal expression enables them to feel that their uniqueness is validated.

Being able to express your individuality and creativity are all linked to having a greater sense of well-being. If Davinia feels she can reveal her true self and share this with others, her confidence will naturally rise. Teens who struggle to find avenues for self-expression or connecting with others who have the same interests may question whether their passions are valid. Yet personal expression enables them to feel that their uniqueness is validated.

PROVIDES SOURCES OF INFORMATION AND SUPPORT

Social networking sites like YouTube can be invaluable places for teens to seek out topics that help their studies. Yet, social media may also help teens if they’re struggling with personal issues like addiction or mental health problems. Online communities can make a huge difference for young people who may find it difficult talking to their friends and family. Teens questioning their sexuality or gender identity, for example, can find many resources from the LGBT communities.

The negative impacts of social media and excessive screen time

Are you familiar with something called persuasive design? This refers to the method of combining psychology and technology to influence or change a person’s behavior. Social media and video-game companies rely heavily on this practice as it entices users to visit their sites, and, most importantly, keeps them hooked. Why? Well, it taps into users’ vulnerabilities such as wanting to be liked and fears of rejection.

While Davinia may spend a lot of time on screens, she can’t be held totally responsible. It’s literally a designer’s job to make sure she stays glued to those sites. Adults may also become addicted to their smartphones, yet teens’ brains are still developing, and functions such as impulse control aren’t yet fully formed. This means it can be even harder for someone like Davinia to tear herself away. No excuses for you, though, Jamie!

The persuasive design may also lead to passive browsing; you know, when you just can’t stop scrolling… and scrolling… and scrolling. Constantly staring at other people’s seemingly perfect lives can lead to users getting caught in the ‘comparison trap’. Teens may experience feelings of envy, depression, and anxiety as a result. Excessive use can also cause sleep problems, especially if teens keep their phones switched on at night for fear of missing out or FOMO. Similarly, the more interactions teens have online, the more likely they’ll come across fake news or inappropriate content.

And while bullying has unfortunately always been a problem among teens, cyberbullying has only exacerbated this issue. If teens take their phones wherever they go, then cyberbullies are also with them 24/7 and not just at school. The effects of online bullying are incredibly serious. Victims are more likely to skip lessons, achieve poor grades, and use alcohol and drugs. In extreme cases, cyberbullying has led to suicide.

Most researchers agree that social media and screen usage are complex subjects and that it isn’t digital devices per se which are harmful. It’s how they’re used – for example, if teens are affected by online bullying or if excessive use interferes with their lives offline, like seeing friends and family.

How to develop healthy screen and social media habits

Finding more of a balance between teens’ virtual and offline lives is something that clearly concerns parents and carers. As a teen, you might also be worried about your own usage. For example, do you feel that you’re always on your phone? Maybe you obsess over how many likes your posts get? Checking accounts late at night and as soon as you wake up are also signs you might have an unhealthy habit.

Fortunately, there are ways to find a good balance. We’ve got four tips to help you out:

TALK TO EACH OTHER

Having grown up with digital technologies, teens have incredible knowledge about and expertise in online devices. It’s important that Jamie listens to Davinia about what she thinks of her own screen habits, rather than imposing strict limits. Openly discussing both of your concerns can help you to reach a compromise about, for example, late-night usage.

Choose a time to talk when you’re both relaxed, instead of during a heated argument, as this probably won’t lead to the best resolutions.

You could also make screens a part of family time, such as planning a regular movies or online games nights. This way, screen activity remains inclusive and engaging, rather than divisive.

Having lots of apps open can be seriously distracting when it comes to things like homework. To prevent this, you can set your phone to ‘do not disturb’ to prevent notifications from popping up. Equally, why not try creating a device-free space in one area of the home? This will help to ensure that breaks are factored in and other activities, such as reading or drawing, aren’t compromised. As a parent or carer, it’s also important to set a good example. Resist using your own smartphone in the digital-free space!

Most devices now come with free tools to let users know how much time they spend online, and which apps are used most often. Equally, game consoles and some social platforms have settings that allow users to set alerts when they’ve reached a certain amount of time. Discuss privacy settings so that teens are aware of what they share and know how to stay in control. Likewise, talking about app permissions can be a valuable way of understanding what happens with users’ data, and, again, helps teens to remain in control.

UNDERSTAND HOW TO MANAGE RISKS

There are risks associated with some sites, such as receiving hurtful or inappropriate comments and bullying. It’s important to talk about these openly so that your teen feels comfortable coming to you if they’re having difficulties online. Discuss practical steps they can take such as using the blocking feature and learning how to report troubling behavior.

Yet this isn’t just about comments that your teen receives. Thinking before posting and being kind helps teens retain a positive digital reputation which can enhance future academic and career prospects. Be dope online! Oops, looks like we caved again, Davinia…

Throughout this course, we explored the ways in which social media and screens impact teens like Davinia. There are loads of benefits such as how platforms can strengthen friendships, reduce feelings of isolation and promote personal expression. Social media sites also help to encourage social awareness, and online communities can provide invaluable support to teens going through difficult times. But there are downsides. Persuasive design means that teens can get hooked very easily. Excessive use may lead to feelings of envy, depression, and anxiety, and also cause sleep problems. And cyberbullying is a serious problem that can significantly affect victims’ mental health.

Finding a balance between online and offline usage is key. Parents or carers can talk to teens to reach a compromise about things like using their phones at night. Prioritizing key tasks, regulating screen time, and managing risks will also help teens to continue enjoying and benefiting from devices with screens.