Marketers often feel that they are experts in consumer psychology. Yet, few actually are. And this leads to costly mistakes when they launch expensive media campaigns that fall flat or execute brand experiences that hit the proverbial wall.

Ever notice that only a few Chief Marketing Officers stay in their jobs for five years or more?

We will cover designing brand experiences in a future note. But, let’s talk about designing brand commercials for TV and online first. Why is it that many ads that seem so slick fail to drive sales and market share? In some cases, far from being engaging, commercials turn consumer away from the brand or elicit a gaping yawn.

So, what’s wrong? The culprit simply is a poor understanding of consumers. Ironically, in the last decade, there have been significant advances in the field of psychology and behavioral science. However, most marketers and their agency wonks have not kept up and are untrained in it. They feel like they know it — but feeling and knowing are two different things.

With television campaigns costing $50-$100 million per year easily, modern marketers would be well advised to take a step back and learn more about consumer psychology.

Not convinced? Well, let’s take a look at three recent brand campaigns — two train wrecks and another a question mark.

Samsung’s new commercial for its hi-tech, Galaxy watch features a young woman, who without a care in the world takes off for a run at 2 AM in the morning. As the smoke rises eerily from the underground subway vents in sketchy neighborhoods, she runs past young men jumping up and across on their skateboards. This is followed by yet another man doing 360O flips alongside her on his bike as she runs through an eerie, gothic era bridge. All this while, an owl, reminiscent of the supernatural black crow in the 1994 eponymous movie starring the raised-from-the-dead Brandon Lee, flies overhead. 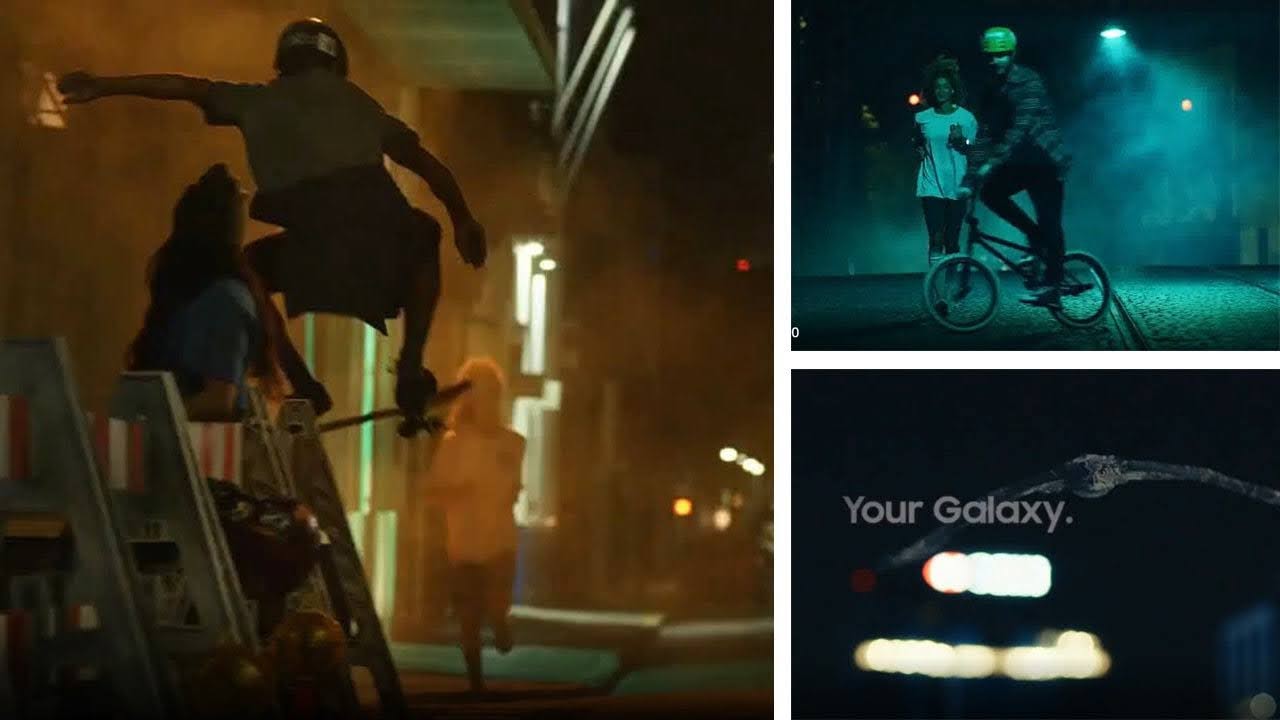 Coming at the heels of the murder of Ashling Murphy, a 23-year-old who was attacked and killed while running on a January afternoon along the Grand Canal in Dublin, Ireland, the commercial was seen as tone-deaf by women everywhere. “Does Samsung fail to understand the reality of what women face on the streets, particularly at night? Do they know how scary it can be?” they asked on online boards all over the world.
For many women, safety outdoors at night is a real concern. A 2019 Runner’s World survey found that 84 percent of women had been harassed during a run. A chilling 94 percent also said no one helped them while being harassed.

When reality on TV collides with reality in life, a mental disconnect ensues. Cognitive dissonance is a phenomenon describing the mental stress a person feels when they do something that they know is wrong, like smoking. It is well known and studied in the field of psychology.

More generally, when we are asked to believe something that we know is patently false or wrong, we experience the same type of stress. That leads us to subconsciously disengage and recede from the source of that information. Unfortunately, the Samsung marketers focused more on creating a slick movie style vignette than on consumer sentiment and reality. People tuned away and the rest of the ad which talked about the watch simply didn’t matter.

Understanding the concept of cognitive dissonance may have helped the Samsung marketers.

Madison avenue lives on trends — and right now that must be a return to designing ads around the horror film genre. Ford debuts its new 700 HP Raptor R truck in a “Grindhouse” style spot featuring a skin-crawling cast of characters, a scorpion, a rattlesnake, a wolf, a ghoulish figure, and yes, its truck. The latter races around the desert as those figures are flashed rapidly on-screen, in scenes set to spine-chilling music designed to leave the viewer unnerved. It is a literal interpretation of the two individual words in the Raptor’s brand positioning of “Scary Fast” — even though in the common vernacular those two words are a single idea and not meant to be understood separately. 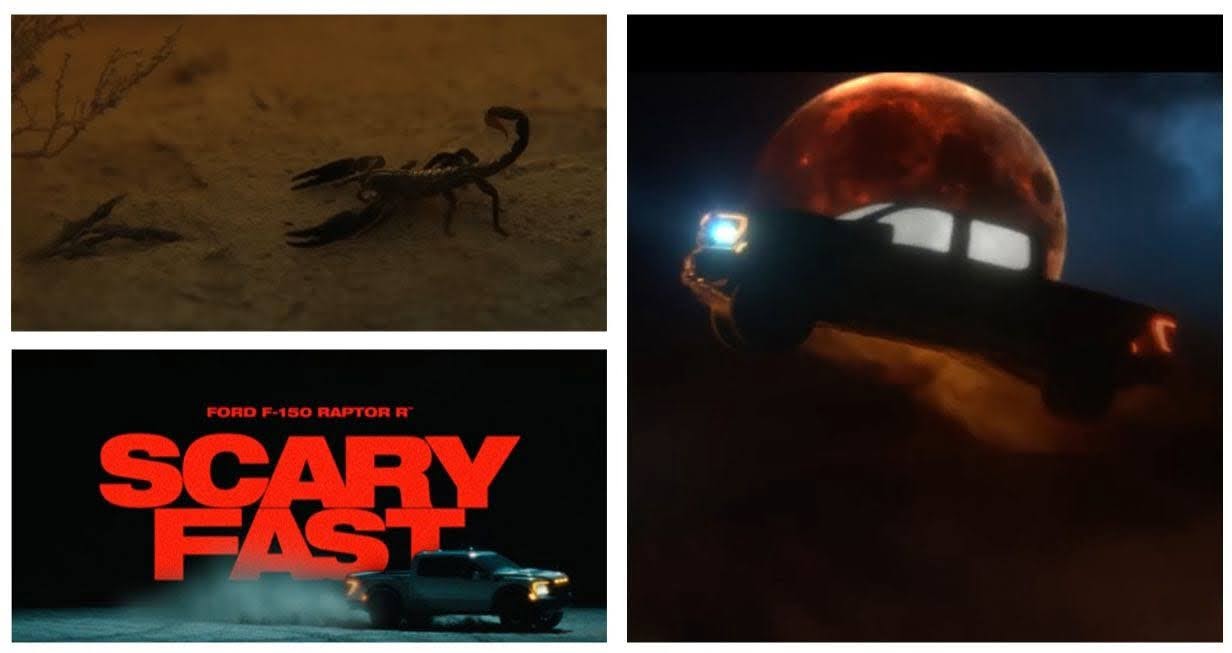 The spot is slick, for sure. It is quite different too. But is it good?

Ford Raptor’s “Scary Fast” campaign takes a risk with the “Fear” emotion and runs the risk of turning off consumers.
Research has shown that fear is a difficult emotion to control. Playing with fear as an emotion is like playing with fire. The fear emotion is processed in the reptilian part of the brain called the amygdala. It results in a “fight-or-flight” survival response. If you don’t know what that means, pay someone to drop a scorpion in your lap as a surprise. You may have any of a variety of entirely watchable and entertaining reactions — but one of those won’t be “I want to buy this arachnid.”

The risk for Ford is that people watching this Ad in a stream of others before it, simply mistake it for a horror film ad and turn off. They don’t apply themselves and delve into the real story, “Oh it’s an ad for a truck, huh!” That is because the “fight or flight” response to fear makes us instinctively shut down, run away or stop listening. Neither response is desirable for a brand marketer competing for consumer attention.

That said, it is possible that the commercial may appeal to thrill seekers that imagine themselves riding and taming a beast. But that is not the story portrayed in the commercial which just shows scary things and a speeding truck. But is scaring your prospective buyers the best way to get this idea across? Time will tell.

Understanding how we respond to fear and many other emotions is critical for modern day marketers. In the field of psychology, thousands of researchers are studying key human emotions in-depth under the banner of “human emotion sciences.” Yet, many marketers are far removed from and unaware of such research.

Here’s another company that launches a campaign that never should have made it out on any screen. It features a mom sitting in her QX60 vehicle listening to a recital of Strauss’ “Also Sprach Zarathustra” being performed by the young kids in her daughter’s class. The children are of course no maestros and the band soon begins to play a little off tune. Well, what does the proud mom do? She rolls up the windows and shuts of her daughter’s performance and puts on her favorite music instead. This we are told is her version of “take on life in style.” 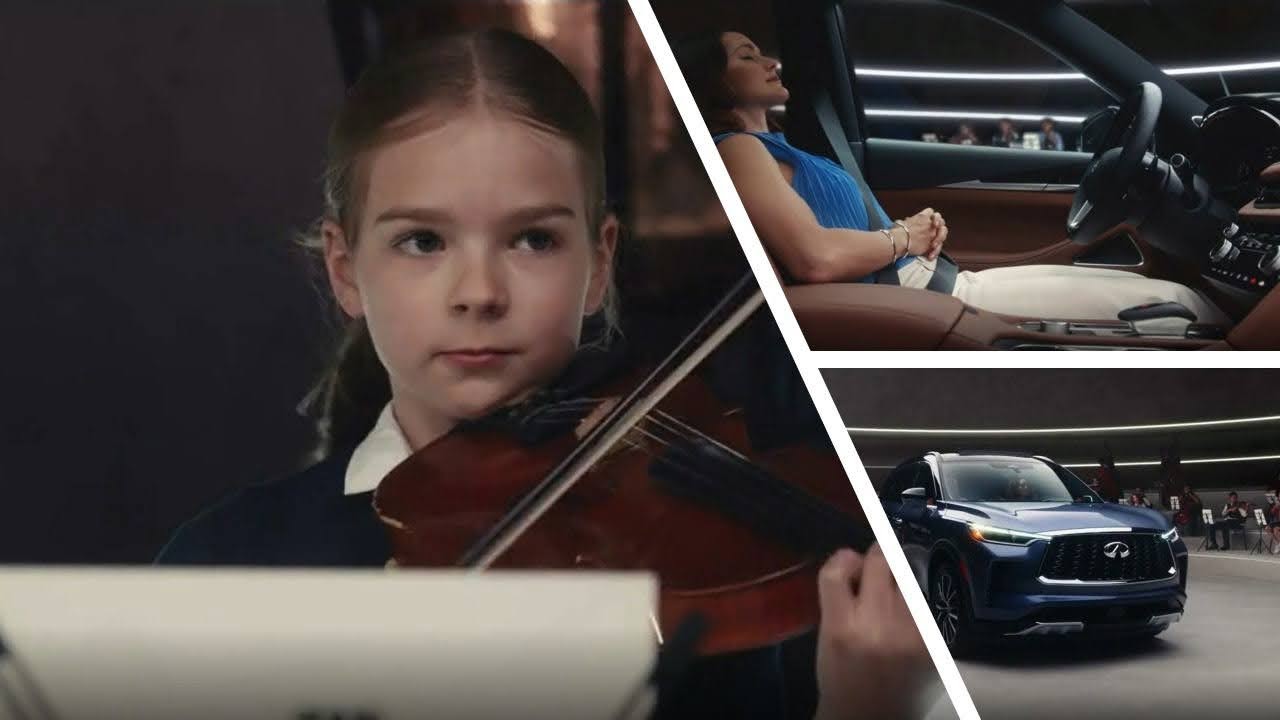 Before I trash the ad, let me point out the one part that is good. Placing the mother in the concert hall in her QX60 does create an unexpected image. How can the car be practically on stage with the performers? Research shows that our brain tends to pay attention when it sees things that are not quite as it expects them to be. Conversely, when everything as is it should be, the brain glazes over the scenes and pay little attention. So good job, Infiniti marketers in getting our attention.

It goes downhill from there.

Infiniti’s QX60 stars an unrelatable model mom that turns off her daughter’s music recital performance.
Over the length of our lives, we have millions of experiences. Our mind thus becomes a collection of “cognitive wisdoms” drawn from these experiences. We have learnings around what works and doesn’t work, what is the right and wrong way to behave, etc. When what marketers tell us aligns with these learnings, we accept their brand message more readily. When it runs into conflict with our cognitive wisdom, we reject the marketer’s message.

Most of us who are parents, have learnt that it is good to encourage our children in their endeavors. That’s our cognitive wisdom. So, the idea that a mom would attend her young daughter’s recital with basically her ear plugs on is rather tone deaf, shall we say? Isn’t the recital a big deal for the child, isn’t she really nervous about being in front of a hundred people, and couldn’t she count on her mom to be the one friendly face in the crowd? Most normal parents would sit through the recital, one would hope.

What is the ad trying to say? If you are the kind of psycho mom that would puke on her five-year old’s artwork, then the Infiniti QX60 may be the car for you? Come on!

Understanding the concept of cognitive wisdom may have tipped off the Infiniti marketers to their mistake.

These are no ordinary marketers. These are experienced hands spending $50–100 million on ad campaigns. Why are they making such mistakes? After all, they weren’t born yesterday.

And that may be the problem. If you went to business school 15 years or more back, you haven’t really learnt about the myriad advances that have taken place in cognitive psychology and behavioral science. What would be obvious mistakes to a trained eye in the art, instead make it all the way to prime time.

If you are a senior marker, what should you do. First, re-educate yourself. No shame in that. The art and science of branding has moved on. Don’t be a dinosaur. Second, get some behavioral science and psychology experts on your team. Have them review your brand strategy, brief and creative independently before launching stuff. And finally, make sure you spend time listening to your customers. Next time, your company fields a focus group, go attend it yourself instead of sending your proxies.

The good news is that these new discoveries in consumer psychology are opening new vistas for what marketers can do with their brands to make them truly epic. Raise the bar and make those learnings your strength, not your weakness!