It’s like the product team at Twitter finally woke up. They’re rolling out the ability for users to charge followers for access to additional content — stuff that creators have been doing on other platforms. With Super Follows, you can do a bunch of things to your subscribers: bonus tweets, community groups, newsletter subs, or simply a badge to show your support. Time to think about what you can do for super fans. What could a cool Splice Super Follow do for you? Instagram launched Live Rooms, a way for up to four people to broadcast live at the same time. With all the rage around Clubhouse, it’s easy to see why this is a hot new trend — and format. 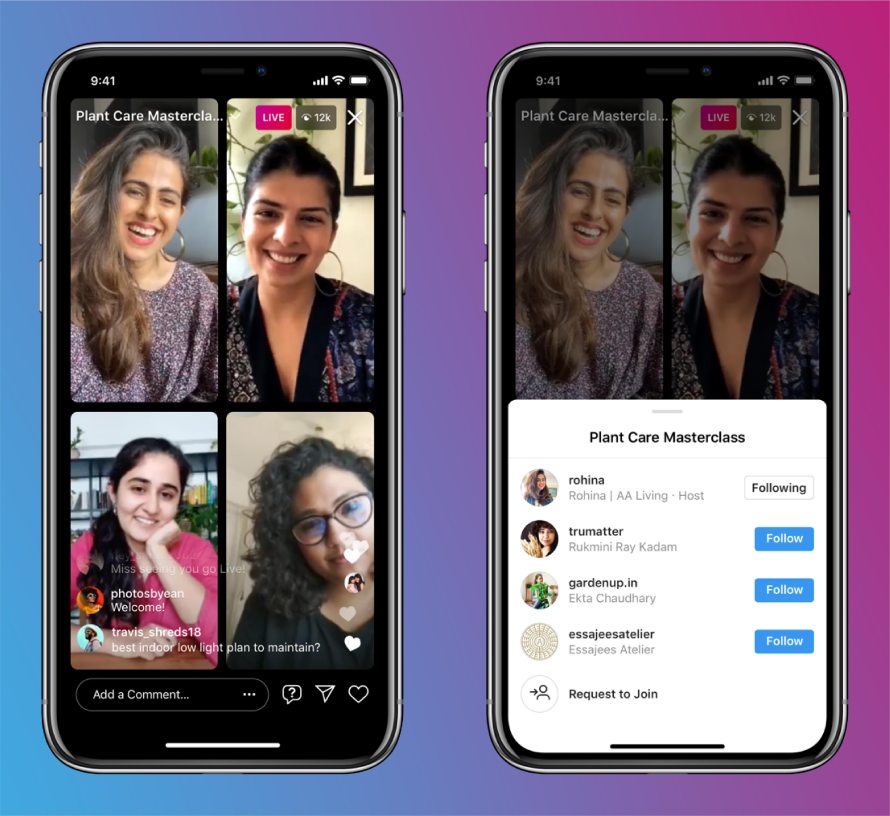 Everyone wants to be a top influencer on Clubhouse. If you missed your chance to be a big star in the early days of TikTok, Clubhouse is your second shot.

Every platform seems to want some kind of TikTok-y fast video feature. Even Netflix. The app now has a “Fast Laughs” tab with comedy clips. 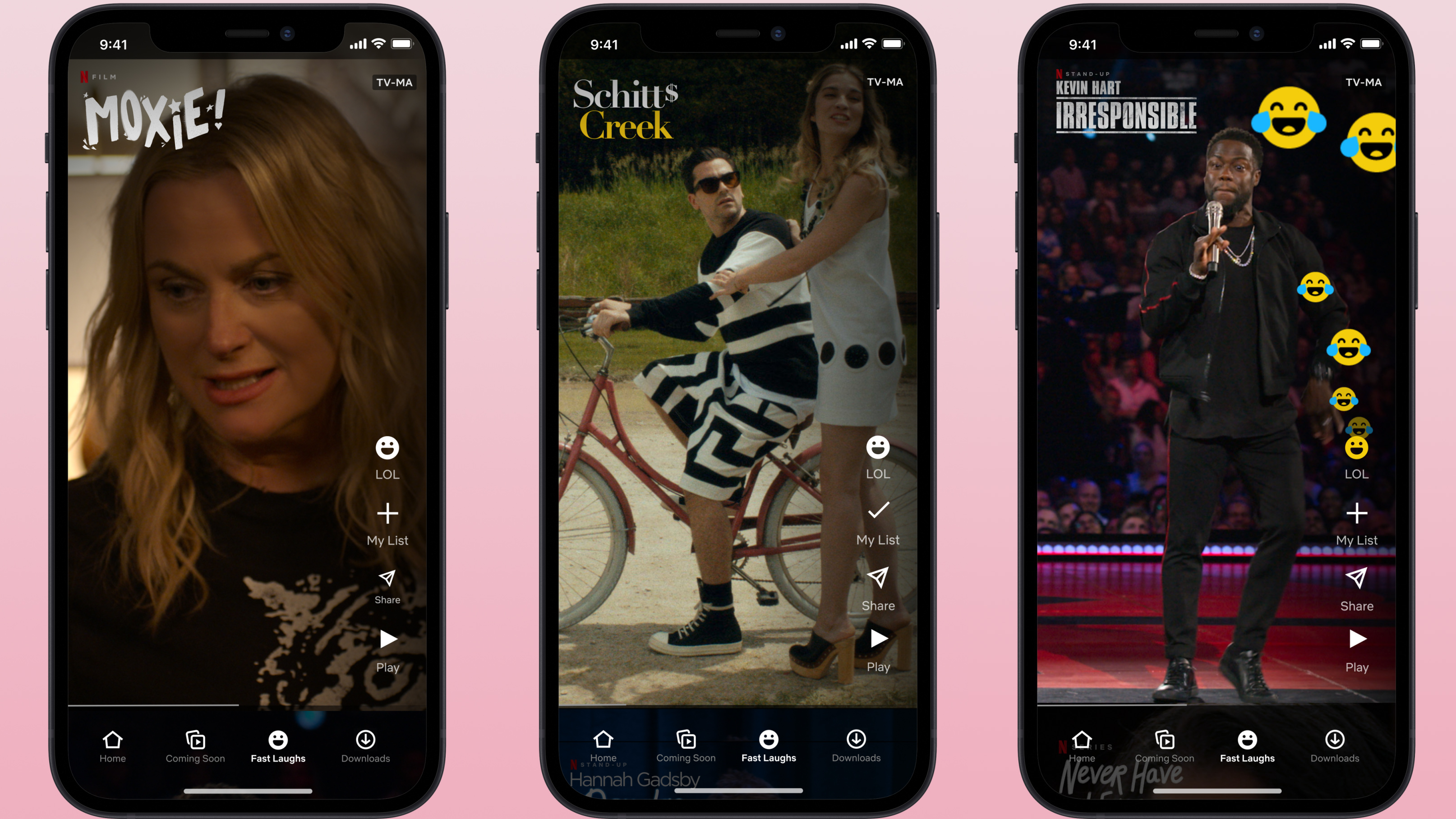 Spotify’s bet on podcasting appears to be paying off. According to eMarketer, the company’s U.S. podcast listenership is set to surpass Apple Podcasts this year.

Spotify’s bet on podcasting appears to be paying off.

Hundreds of K-pop songs were removed from Spotify over a licensing dispute with Kakao M. Sistar, IU, Monsta X, and Epik High — all gone. 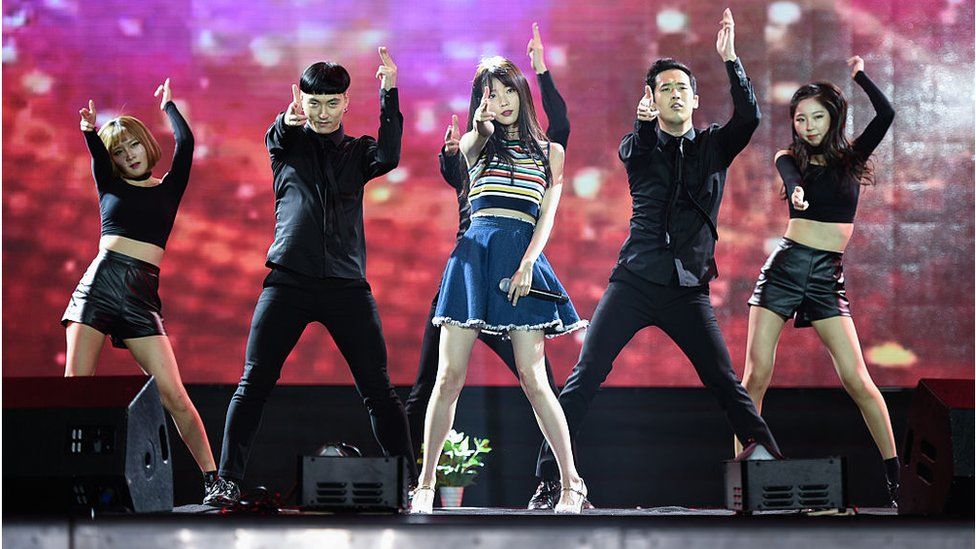 Hundreds of K-pop songs were removed from Spotify over a licensing dispute with Kakao M.

Outbrain is launching a “Content Coalition” in Australia and New Zealand that will allow publishers to exchange links for free. This follows the fiasco of the past couple of weeks when Facebook turned off (but then restored) news in Australia. “It’s not about not using Facebook or Google, but ensuring you have other ways for your content to be discovered, which you know won’t be switched off at the drop of a hat.”

Google says it’ll stop individual user tracking altogether once it’s done phasing out third-party cookies over the next year. It promises it won’t create any alternate identifiers, in a move that will pull the rug from under the feet of digital marketers.

The shift to privacy is inevitable. It’s already happening with 3rd party cookies on Chrome and Safari. And the threat of regulation is doing exactly what it’s meant to do by keeping the incumbents in check. This move by Google is a smart way to actually define what privacy looks like, instead of leaving it only to Apple.

This is a big change in the industry and one that benefits Google (of course). While it’s done with third-party data, it’ll still collect and use your first-party data — ie. what you do on Search, Maps, or on YouTube. Does that make it more privacy friendly than third-party? Hmm.

The announcement simply shows that Google now has a better, just-as-efficient way of tracking you. To all publishers out there: if you’re only thinking about first-party data now, you’re already too late.

It’s been more than a decade since Twitter introduced the concept of hashtags (#) as a way to connect, follow and communicate on social media. After all this time, is the symbol still a relevant tool for content marketers? The short answer is yes, especially if you’re trying to build a community and cut through the clutter.

TikTok’s recently published Trend Report shows just how important the hashtag is, especially for those keen to reach younger demographics. The report focuses on 19 different regions, looks at the most consumed content, and lists the top hashtags for each topic. The right hashtags are vital for any content success on the video-sharing platform.

The way hashtags spread news (both real and fake) and mobilise people demonstrates their power. In an attempt to curb fake news being posted on the platform, Facebook has raged a hashtag purge. This purge has had limited success as hashtags spread widely before moderators find them and block them. Meanwhile, in Myanmar after military authorities banned Facebook, pro-democracy protestors joined Twitter to mobilise via hashtag messaging.

Rise of the deepfake

2020 has been dubbed by some as the year deepfakes went mainstream. Initially used for nefarious purposes like adding celebrities’ faces into pornographic videos without their consent, the use of the AI tool has been gaining traction in more family-friendly content. In 2020, memes, celebrity endorsement ads and news parodies all utilised the technology to varying degrees of success.

How do you tell the difference?

The problem with deepfake technology is that most people simply can’t tell the difference. Inspired by an AI-generated artwork selling for $432,500, a recent study focussing on everyday consumers found 75% to 85% of respondents couldn’t pick the fake from the real. Does this Tom Cruise video look fake to you?

Looking into the past

Maybe one area where this AI technology can help is the human need for nostalgia. Deep Nostalgia is an AI-powered tool that brings old photos to life — and it’s kind of creepy. For marketers, this could mean product endorsements from historical figures. Probably easier than finding real footage of Andy Warhol eating one of your products. What will Burger King come up with in the deepfake era?

The future of warehousing is robotic automation. Discovered the AutoStore solution for Davcor.

Forget future holiday plans, the west coast of Tasmania is remote enough to hide out during the next pandemic. (Warning: Video may not represent realistic weather conditions.)

Doctors leaving small towns for the city is fast becoming a major medical issue. Cisco has combined mobility and connectivity to create a mobile medical clinic.

American Express shows off some “social loops” with a series of animated metaphors.

Citibank recently made payments totalling $500 million by mistake, thanks to a poorly designed user interface and clunky software. A judge then said they couldn’t get it back. The bank was acting on behalf of Revlon, the cosmetics company, which owed many millions of dollars to creditors. Citibank was only meant to send out $7.8 million. They sent out $900 million instead, thanks to financial software called Flexcube. They scrambled. Some people returned the erroneous payments, but half a billion dollars worth of creditors refused. This might be the world’s most expensive design facepalm.

(they’ve started working on it in the web app since at least few weeks ago) https://t.co/5YBmEfgsUn pic.twitter.com/JlkrZNjLBo

Curious whether newsrooms will allow reporters to generate extra revenues for themselves in this way or not? pic.twitter.com/s1lsUBudi2

How to build your product in public. A software engineer at Twitter asked users for feature suggestions. Here’s what happened.

Next week is hack week @Twitter 🥳✨ If you could add any feature / make any change to https://t.co/3bhTra9qL3, what would it be?

The legendary Stefan Sagmeister has been running a brilliant graphic design review on his Instagram. He’s been doing this for a while: “If you want your project reviewed within this space, email me a square jpeg or mov file in a white or black background, do include your IG address. Please do not send in designs based on the work of another designer.” His feedback is always earnest, humble, and compassionate. This is classy next-level design leadership: when you’ve gotten to the stage where you don’t need to show your work any longer, be a platform to show the work of others.

Making a digital human is hard. But when your product is digital humans at scale, you use Unreal Engine’s MetaHuman Creator. Say you’re a game designer. You need some humans for your next world. Just fire up the old MetaHuman Creator, choose from a library of variants and then iterate. Hair problems? Pick from hair cards if you’re a low-end shooter, but if the sky’s the limit, you want to choose from 30 hairstyles built with Unreal Engine strand-based hair. All that’s left to do is get some clothing and body types, and then download your human to animate into action. What a world we live in.

Monopoly was recently user-tested. Hasbro made great use of the pandemic to test new versions of their unicorn game Monopoly. And then Microsoft used it as a salesy but cute use-case for its Teams product.

Have you noticed that weird new bleep at the beginning of WhatsApp calls? This Redditor noticed too, but they called it a “beep”, which is disappointing. It’s definitely a bleep. WhatsApp said “We understand this may have caused confusion, but this is actually an intended functionality of the application and its features.” I like it. It’s audio feedback about someone actually picking up, which is perfect UX. Have you been hearing it too? Bleep.

WEIRD BEEP SOUND WHEN STARTING A CALL(?) from r/whatsapp

“Why haven’t you started a business yet?” Sometimes the best startup advice is around not starting up until you have an actual problem to solve. “First, you need to have a destination, then you can figure out the best way to get there.” Good advice from a fine newsletter.

The boss of product at the New York Times has a whole Twitter-threadful of jobs on offer, with “more on the way”. A director of product for personalisation. Another director of product, but for a design system. And a data scientist for even more personalisation. This is what media product jobs of the future look like. And no wonder a wise friend of ours once said “It’s possible that, today or soon, the @nytimes might employ a full 10% of *all* newspaper journalists in the United States.”

I am thrilled to be *hiring* for several roles in our group at @nytimes!

We’re tackling some of the most energizing and complex engagement problems out there, and I’d love to explore these with you or those you recommend. Threading bc we have a few now, and more on the way. ->