I’ve seen this shared a lot to say how effective a fast-following strategy is.

But to me, that represents something else. It shows the power of distribution to channel a new product. Which is the scenario in which fast following works. 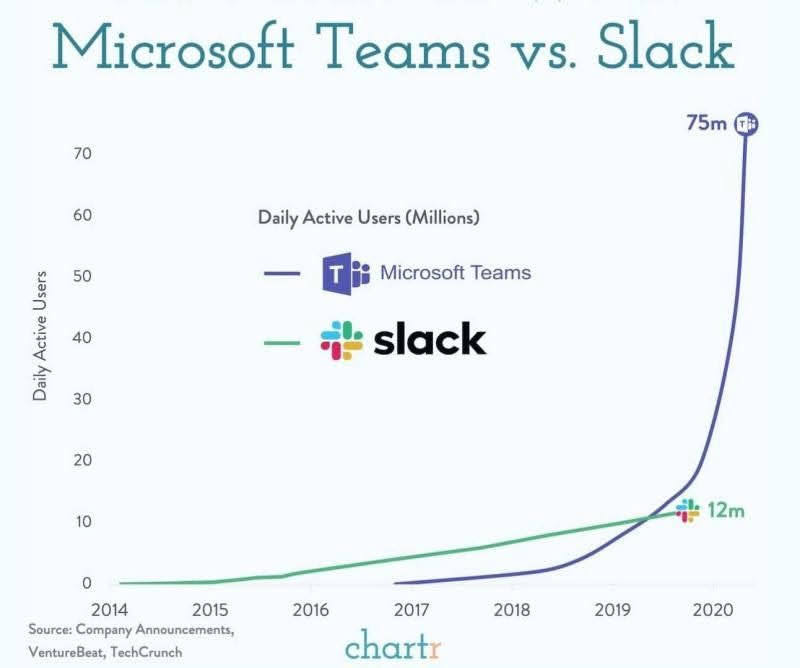 Without a strong distribution, which enables a company to bundle things up, a fast-following strategy might not work!

In short, fast-following works when you have an established and strong distribution pipeline, enabling you to channel the new product to an existing audience quickly.

In this case, the classic examples are Microsoft and Facebook, which have, over the years, used a fast-following playbook to copy and paste apps that were quickly gaining traction.

Therefore, here the strategy is simply a copy and paste, bundled up with the other company’s products to create a strong launch and traction.

Over time, as the company takes advantage of its distribution and financial resources, the product gets refined and improves compared to existing alternatives.

But the next iterations were extremely good, so much so that it stole most of the market shares from Netscape, who could not keep up with Microsoft’s distribution power, and it had to sell to AOL!

But fast-following does not work if you’re a new player with little distribution and financial resources.

In that case, what works is what I’d call “fast innovation.”

Or the ability to quickly take inspiration from existing products on the market but tweak them to redefine the whole thing.

To say Google was not the first search engine on the market, it was a late-comer, but when it did get to it, it completely redefined search.

Initially, Facebook was not a first mover in the social network space, but when it did, it reshaped the whole industry and moved from social networks to social media.

TikTok is a super late-comer to the game.

Yet, it’s reshaping the whole social media industry and redefining it to go beyond the network to create a powerful AI-based user-generated content machine!

That is not fast following; that is fast/rapid innovation! Where you learn from the first comer, but you redefine the whole thing!

What do you think?