You have learned how A/B tests enable you to test ad variations to improve conversion rates. A/B tests are also helpful when designing or improving a website or mobile app. This case study describes how Good Boy Studios, located in Stamford, Connecticut, combines the power of Firebase and Google Analytics to conduct A/B tests to improve customer acquisition in its mobile app.

Note: Firebase is an app development platform that helps developers build apps that people enjoy. Google Analytics is integrated across Firebase platform features and provides unlimited reporting for up to 500 events defined in Firebase. Using Google Analytics reports, developers can clearly understand user behavior in apps developed on the Firebase platform. Armed with this data, they can make informed decisions about how to market the app or optimize it for performance. For more information about Firebase and how Firebase and Google Analytics work together, refer to the Firebase product page and Firebase documentation. 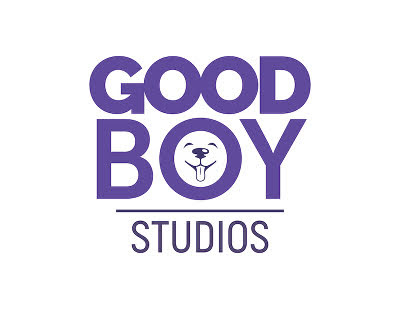 The American Pet Products Association reports that pet industry sales revenue in the U.S. was $90.5 billion in 2018 and grew to more than $123 billion in 2021. 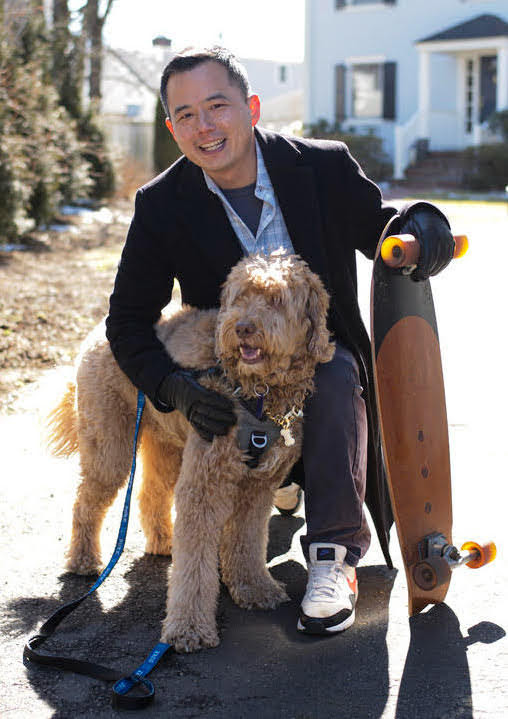 When Good Boy Studios founder Viva Chu adopted his labradoodle, Coder, he didn’t know that Coder would spark an idea for apps and a marketing platform that caters to the needs of pet owners in a digital age.

People enjoy posting creative content of their pets on social media and even create digital identities to personify their furry friends. Building on this trend, Good Boy Studios released an app called Pet Parade that enables pet owners to earn gift cards by sharing their pet’s photos. Pet owners can also participate in contests sponsored by local businesses, where they can earn real prizes. Submissions and votes are collected on the Pet Parade app, and winners are announced on partners’ websites or at local stores.

Good Boy Studios’ latest app, PetStar™, enables pet owners to create music videos of their pets from uploaded photos. People can create and share links to their videos for free, or subscribe to a premium service to download finished video files to their own devices. The premium service also gives subscribers unlimited access to the most popular songs in the company’s music library. Users are prompted to subscribe to the premium service if they select a song from the library that isn’t free.

Like many companies, Good Boy Studios uses a marketing funnel for customer acquisition. The touchpoints in the funnel mirror the steps that users take to create a music video in the PetStar™ app. Each step is defined as an event in Firebase, and each event in Firebase is monitored using a funnel exploration in Google Analytics. The more steps a user completes toward a finished video, the higher the chance of a conversion to the premium service. Here are the Firebase events for the PetStar™ app that are monitored in a funnel exploration in Google Analytics:

A set of mouth markers created in the app in Event 6 is shown below. 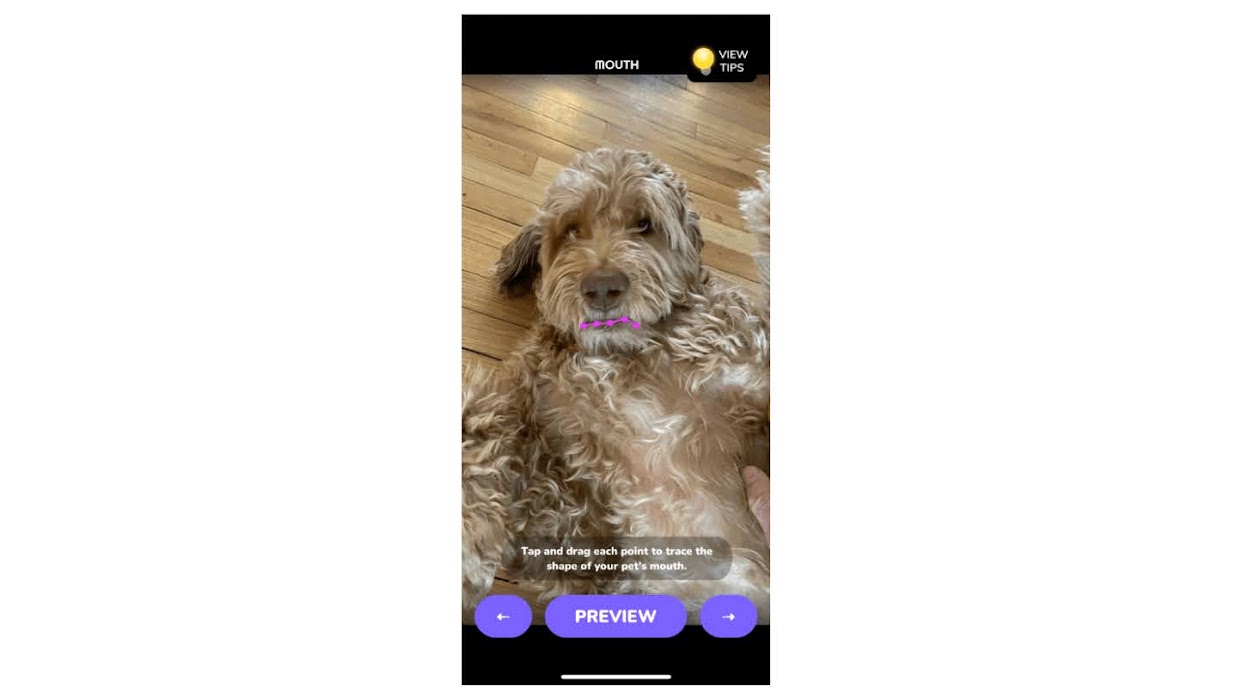 As normally observed in a marketing funnel, not everyone who begins creating a video in the PetStar™ app actually finishes. Using Google Analytics, Good Boy Studios discovered that users most often dropped off at Event 6 when they set the markers for a pet’s mouth. Users also dropped off during Event 8 when recording a video.

Good Boy Studios is modifying its PetStar™ app based on analysis of data from A/B testing.

To help combat users dropping off at Event 6 when markers are set for a pet’s mouth, Good Boy Studios started using the A/B testing feature in Firebase to try different user notifications and tips for marker placement. To determine what increases video completion within 24 hours of users opening the app for the first time, the company is testing interactions like:

In one A/B test, two user tips were tested:

Below are the A/B test results in Firebase. 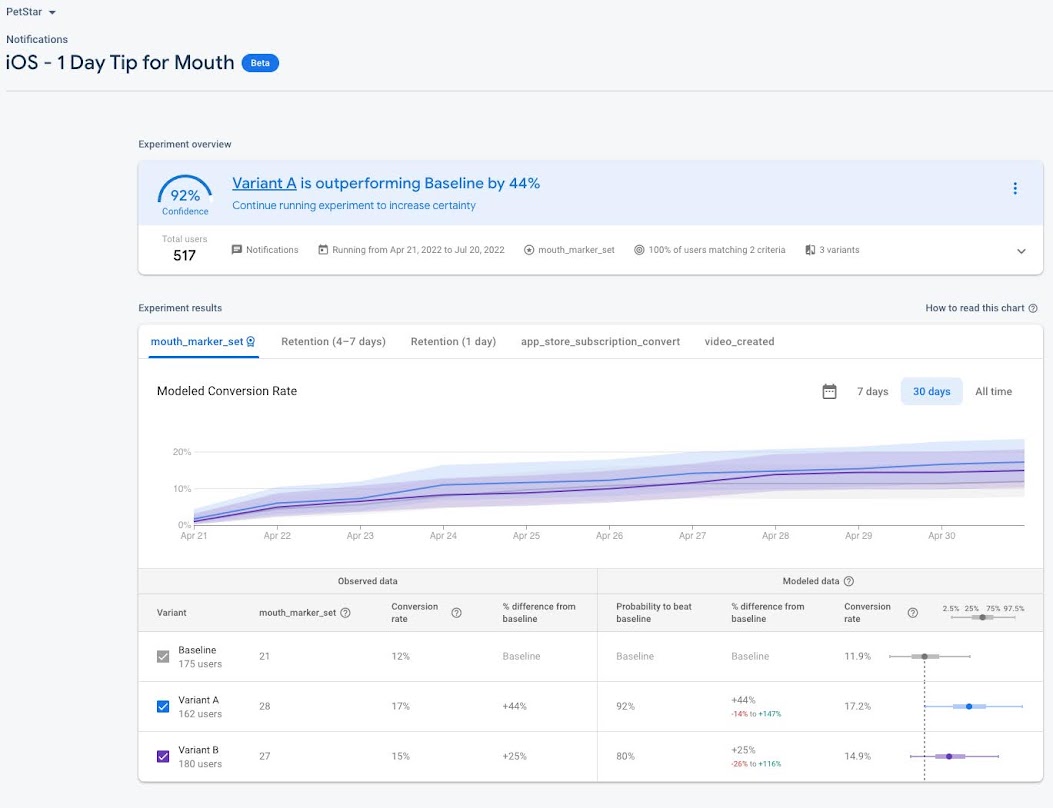 The full battery of A/B test results aren’t completely in yet, but Good Boy Studios is well-positioned to determine which combination of user notifications and tips will generate the greatest increase for event (mouth marker) completion and overall video completion.

Good Boy Studios also discovered using A/B tests of multiple variants that adding a RECORDING SONG indicator at the top of the app when users are recording a music video was the most effective at reducing the drop off at Event 8. Users receive instant feedback that they’re successfully producing their first video. 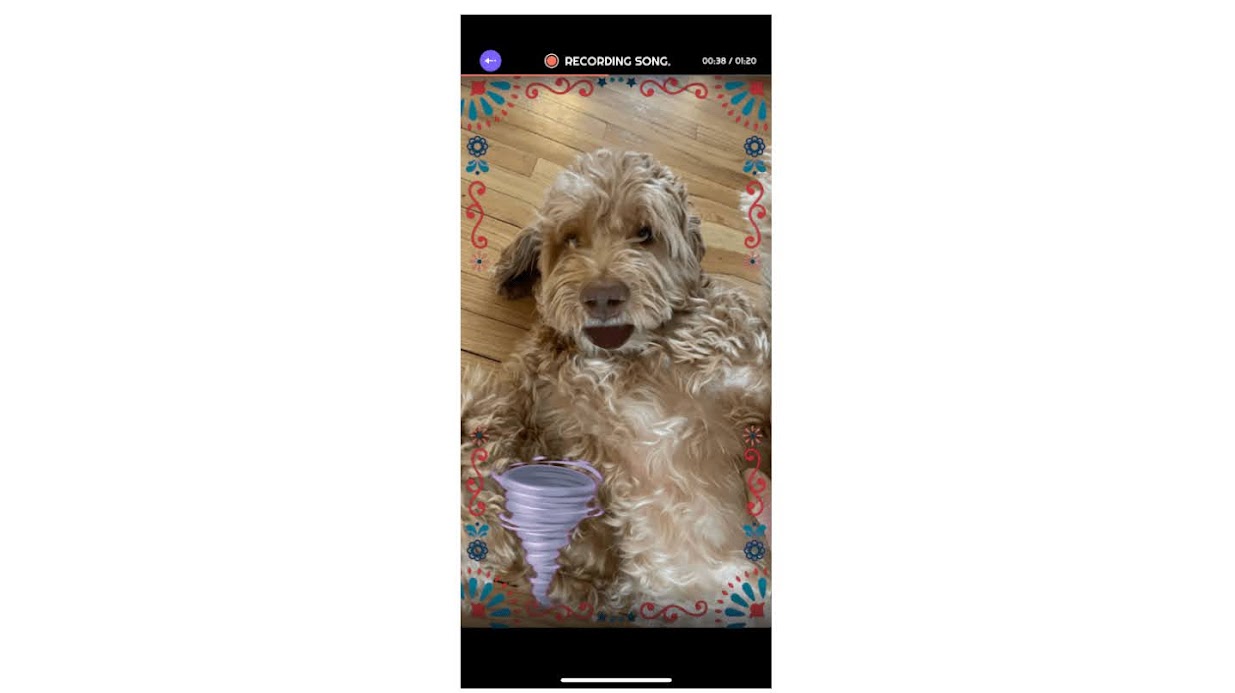 A/B tests and analytics help businesses market and improve their apps. For Good Boy Studios, A/B tests in Firebase and funnel explorations in Google Analytics offer clear advantages to monitor and improve the conversion rate. As the company continues to evaluate where new users are getting stuck in the funnel, its developers can improve user notifications and tips in the app. This process will be ongoing to increase the video completion and conversion rates and overall customer acquisition for the premium service.

This site depends on revenue from ad impressions to survive. If you find this site valuable, please consider disabling your ad blocker.