We all know how it is. We have the best intentions to work out more, read more or eat more healthfully – and then get discouraged for failing to follow through. Turns out, sheer willpower and iron self-discipline often won’t get us to where we want to go. A better strategy is to tap into the subconscious brain’s ability to automate repeated behaviors without us having to make a conscious effort. In Mini Habits, Stephen Guise introduces you to a step-by-step program to build positive habits – one mini-step at a time. 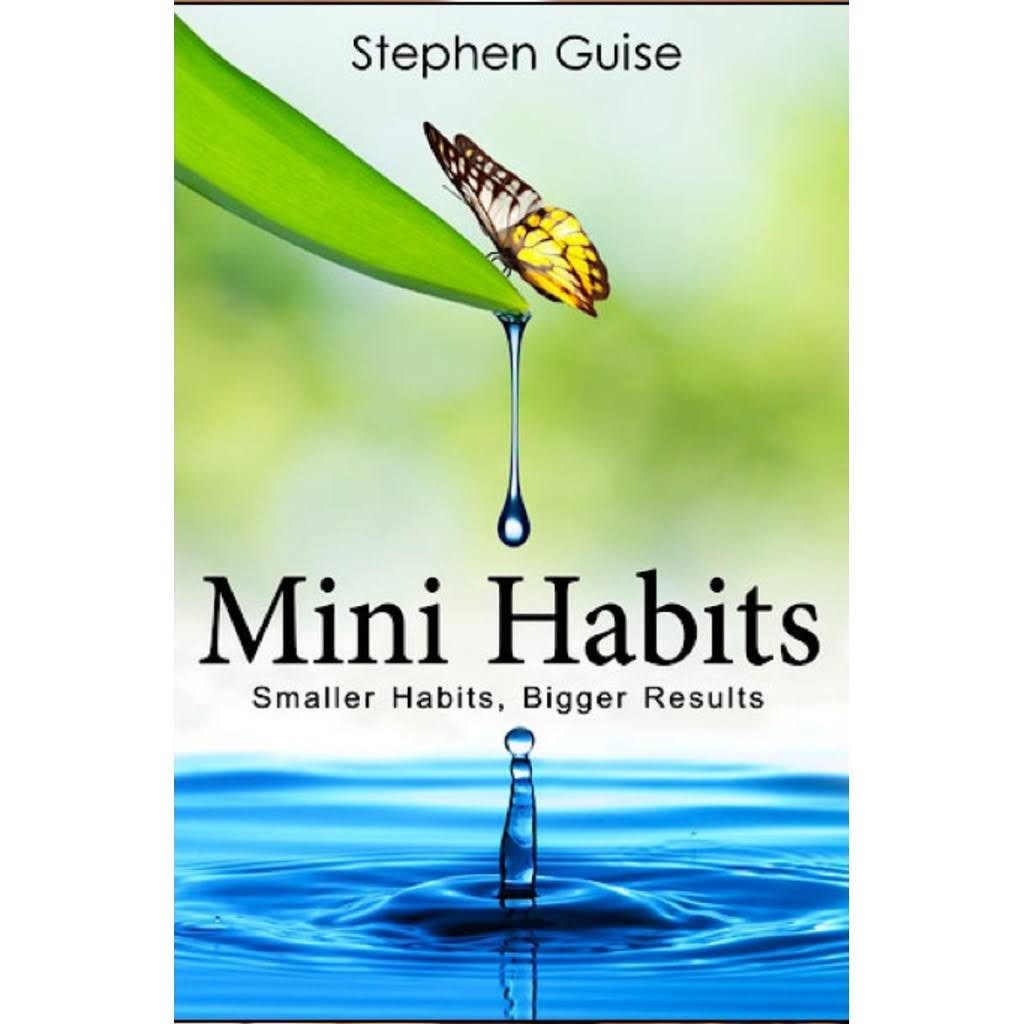 Personal development blogger Stephen Guise offers a self-improvement program that promises to be “too small to fail.” A “mini habit” is a positive behavior that you perform in its smallest component until it becomes second nature. An exercise program becomes one push-up; a reading goal becomes one sentence. The willpower you need to succeed falls to zero. Guise guarantees that repetition and repeated success can turn any mini habit into a new lifelong pattern. His concept is beautiful in its simplicity. getAbstract recommends Guise’s advice to anyone who wants to make a positive change, even if you read just one sentence at a sitting.

No matter how determined or sincere you are, making life changes is hard. You may intend to exercise for an hour a day, but intention without action is pointless. Human beings have a tendency to overestimate their self-discipline. That leads to a disconnection between objectives and results. People commonly set ambitious self-improvement goals, only to fail and feel guilty and discouraged. Failing is not your fault. The blame lies with most popular self-improvement strategies. No matter how many times you try a flawed strategy, you arrive at the same disappointing result.

“To make changes last, you need to stop fighting against your brain.”

Instead, decide that you’re better off taking a step, even a small step, than staying in the same place. Taking one small step daily leads you in the right direction and sets you on your way to developing a lifelong habit. The small step requires little willpower, but its results are enormous.

The mini-habit model of behavior modification focuses on adopting positive behaviors, one small increment at a time. It doesn’t effectively break active bad habits, such as alcohol abuse. But it can help you negate passive bad habits, such as laziness or procrastination, by giving you new ways to focus your energy on making a positive change.

Stephen Guise had never been able to force himself to exercise regularly. On December 28, 2012, faced with another new year, he decided not to resolve to work out more often, knowing his dismal success rate. He decided, instead, to exercise for 30 minutes, but he couldn’t get himself to even start. No amount of upbeat music, visualization or self-admonishment got him off the couch. The idea of having to work out every day to attain his fitness goals was simply too overwhelming.

“Mini habits are low-willpower Trojan horses that can leverage their easy access into the brains control room into big results.”

Once he understood that barrier, he negotiated a compromise with himself. He decided to do just one push-up a day. A single push-up was such an easy goal he did it almost without thinking. Then, he decided to do another one and then a few more. Next, he told himself to do just one pull-up. He did that, and then he did a few more. Once he started, Guise continued to set easy goals and to exceed them by just a few repetitions at a time until he completed 20 minutes of exercise. This marked the beginning of “The One Push-up Challenge.”

Guise resolved to do a push-up daily, and after a short time, he felt stronger. That push-up quickly became a habit. By June, he added visits to the gym; within months, exercise became part of his routine. He wondered why he had succeeded with this approach after failing with so many others.

A mini habit is a positive routine you develop in its smallest form – a desired behavior broken down to a “stupid small” component. If your goal is 100 push-ups a day, the mini habit is one push-up a day. Because the step is “too small to fail,” and takes an almost infinitesimal amount of willpower, you’ll build success day after day. Soon, you’ll start to feel good about your achievement; that creates a positive feedback loop that motivates you to continue. Almost before you realize it, the mini habit becomes part of your routine.

“With the right knowledge and strategy for change, what previously seemed impossible becomes rather straightforward and possible.”

A research study at Duke University concluded that habits make up 45% of human behavior. People form habits over time through repeated actions. The brain develops neural pathways, conduits that carry messages from one area of the brain to another. Repeating a behavior strengthens the pathway associated with that activity. For example, if you shower when you wake up, waking up will trigger an electrical charge in the associated neural pathway and you’ll step into the shower without consciously deciding to do so. Once a behavior becomes a habit, the corresponding neural pathway becomes stronger.

“Theres almost no situation that will cause a complete failure to meet your mini habits, but there are many scenarios where youll find yourself exceeding your mini habits.”

The subconscious brain – the basal ganglia – efficiently automates repeated behaviors to help you navigate the world with less effort. The prefrontal cortex, the conscious brain, handles decision–making and understands long-term benefits and consequences. It uses more energy than the automated basal ganglia.

“Starting small and removing the pressure of expectations is the recipe were using for success and it works well, so we want to keep it as long as possible.”

Contrary to common belief, the average time it takes to form a habit is not 21 to 30 days. Studies show it takes anywhere from 18 to 254 days to form a habit. The average person needs 66 days. You’ll know when a behavior becomes a habit when you experience a decrease in resistance. Instead of forcing yourself to meet your one push-up goal, for example, you’ll head to the gym without giving it much thought.

The Problem with Motivation

An inverse relationship connects motivation and willpower. When your motivation is high and you’re enthusiastic about something, you only need a little willpower to get going. When the initial buzz wears off or you must face a task you don’t want to do, your need for willpower rises. When an aspirational activity requires lots of willpower, you’re less likely to stick with it.

“You already have all the inspiration you need inside you, but it may be dormant. Awaken it with mini habits.”

You may be able to motivate yourself sometimes, but your motivation levels will rise and fall with your emotions. If you’re tired, sad or hungry, your motivation will drop. The short-term rewards of eating a healthy salad instead of a burger and fries are not enough to motivate you consistently. No amount of thinking about it will keep you on track. Unfortunately, most self-improvement programs rely on motivation to fuel sustained effort. Decoupling motivation from action – and relying on a little bit of willpower instead – opens many possibilities.

“The difference between winners and losers is that the losers quit when things get boring and monotonous.”

Developing mini habits that overcome these obstacles can help you move ahead. A mini habit is such an easy task that you need only a little willpower to carry it out. Doing one push-up – even if you’re tired or hungry – requires minimal effort. At times when you have more energy, nothing stops you from doing more push-ups.

Subjective fatigue is the emotion that arises when you don’t feel capable of accomplishing a task. Thinking about working out for half an hour makes you tired. Mini goals eliminate the subjective fatigue factor.

“Every giant accomplishment is made of small steps anyway and to take them one at a time like this is not weak, but precise.”

Actions requiring a lot of mental energy, such as forcing yourself to exercise or to resist chocolate, can deplete your willpower and reduce your glucose levels. Mini habits break goals down into manageable steps, which conserve glucose – your energy source.

The eight steps in the mini-habit program are:

Following the rules of the mini-habits program will keep you on track and ensure success: