Several years ago, recruiting and retention expert Mel Kleiman got a knock on his door from a desperate client. Their problem was a staggering 179% turnover rate. That’s right, they found themselves hiring 6,000 people to fill 3,500 jobs. 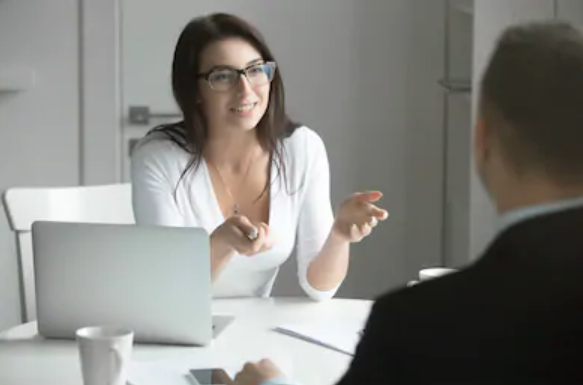 The problem called for a scientific approach. The client provided a list of 1,000 former employees, and from that list, 200 were contacted and asked:

About 50 people were identified as wanting to return to the organization, and about 15% of those were hired back into the fold—not a bad rate at all. “The #1 best source of great employees,” Kleiman says, “is all the great employees who have left you.”

On the flip side, Kleiman, the president of talent management firm Humetrics, doesn’t believe you should be convincing someone to stay who clearly wants to leave. Chasing unhappy people sends the wrong message as an organization.

Two interesting lessons were learned from this client’s experience, and those lessons became the origin of the stay interview program at Kleiman’s own company. First, the sooner an ex-employee was contacted about a possible return, the more likely they were to come back. There is a moment at a new job when someone is rudderless, surrounded by unfamiliar people in an unfamiliar system. At that moment of internal disorder, the longing to go back to a known quantity can work for you. As soon as someone becomes comfortable in their new environment—and that happens fast, probably within a few weeks—it becomes more difficult to woo them back.

Second, it occurred to Kleiman that when a worker starts a new job, someone close to them will inevitably ask them one question at the end of their first day: “So, do you like it?” To that question, the new employee is going to give a direct, honest answer based on their true gut feeling. You’re not present to defend the job or the company when it happens, so the answer had better be “I love it! It’s terrific!”

And guess what? That question will be asked of them again someday. Probably during a stressful time when things aren’t going so well, which is when such matters come up.

What complete honesty will come from that employee this time? What frank words will be shared with loved ones but never you, because despite managing this person eight hours a day for months or years, you’ve never bothered to probe for the truth?

Kleiman favors a different term than “stay interview” these days, referring instead to the “stay conversation” that must never end. The time to keep staff intrigued and satisfied is not next Thursday from 10:00-10:30 a.m., in your office with the door closed. Scheduled inquiries about general contentment or dissatisfaction are just a necessary part of the retention process. The time to stand up from your desk and take an informal stroll to gauge the temperature of everyone beneath you is right now.

Keep a hire-them-back program in your hip pocket for when you really need it. A what-can-we-do-for-good-workers-today program will make sure you don’t have to reach for it too often.