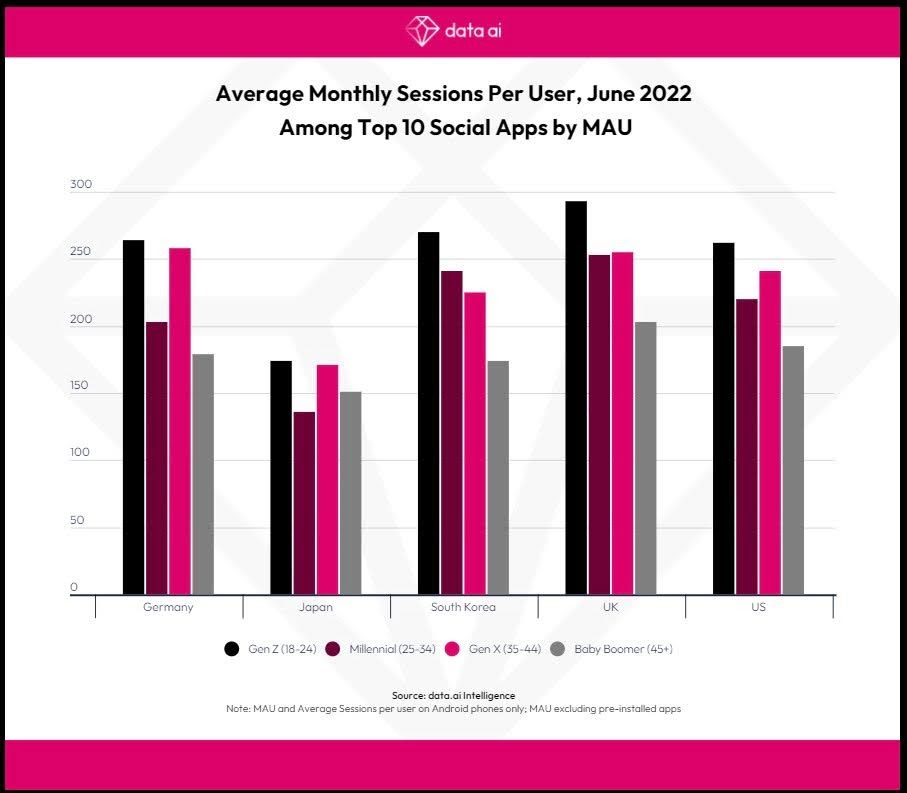 No way: According to a new data.ai report, Facebook is the number one social media app for Gen Z when it comes to monthly active usage.

And while this generation claims they’re “not on social,” Gen Z users in the US and in Germany engage on social 19% and 30% more than any other age group, respectively.

On the flip side… However, the report also shows that Gen Z spends less “depth of time” on social media than other age groups.

So while youngsters log in to their favorite apps more frequently, the average millennial spends 25% more time on social apps than Gen Z.

Why we care: Don’t be too quick to exclude apps like Facebook completely in favor of more “trendy” apps.

You’ll be more successful by paying attention to how your target demographic engages with social media—and using the appropriate mix of apps that gets you in front of them as often as possible.

data.ai’s new report is a decent place to start, and may give you some ideas.