A pivot table enables you to calculate, summarize, and analyze data for comparisons, patterns, and trends. A video about pivot tables in this course reviews the steps to create a pivot table. You can replay the video, if needed.

Suppose you have a spreadsheet that contains online sales data, like the one shown in the image below. Recall from the video that a cell in a spreadsheet holds the data. Columns are vertical and are labeled alphabetically. Rows are horizontal and are labeled numerically. People refer to cell positions by combining the column and row designation, like cell A2. In the sample online sales data below, cell A2 contains the data, Alexander City. 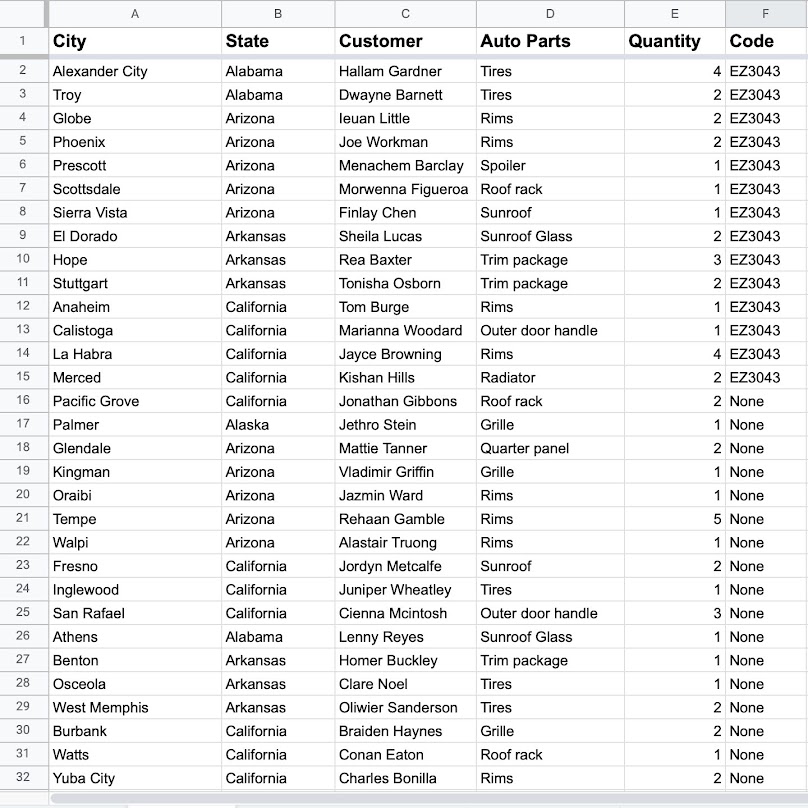 A pivot table in this spreadsheet enables you to gather insights like these:

Example 1: Purchases made from each campaign

1. Create the pivot table with Code as the Columns and State as the Rows, and then add Code as a Value summarized by COUNTA. 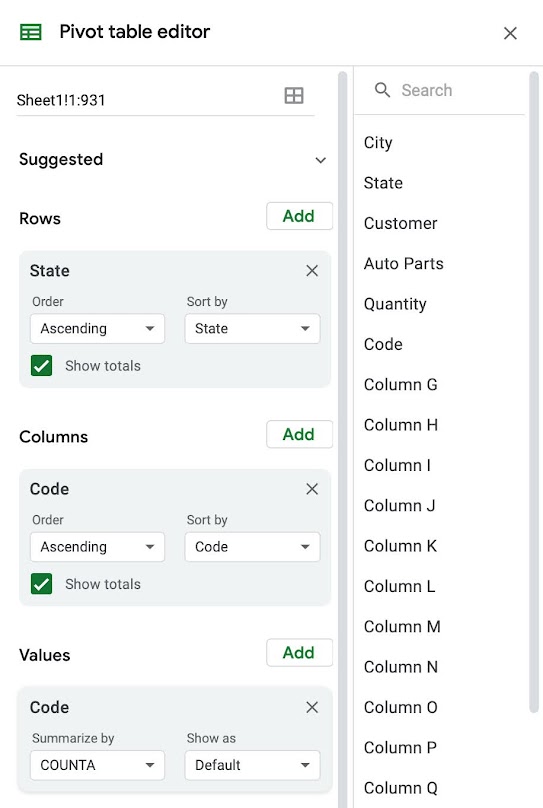 The resulting pivot table is similar to the one shown below, where the number of purchases for each campaign is shown in the row labeled Grand Total.

Note: Some rows (states) in the pivot table have been hidden to save space and show the counts at the bottom of the table. 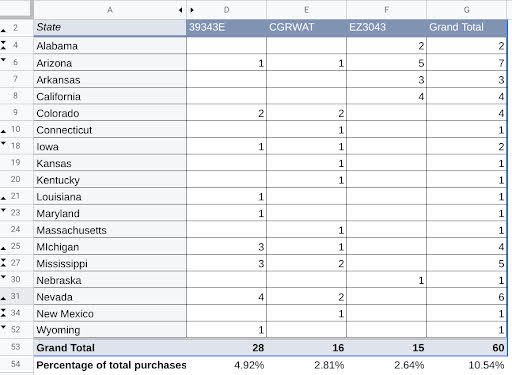 Using the the pivot table and subsequent calculations, you could share the following information with stakeholders:

The pivot table returned the same results as sorting and filtering the Code column and manually counting instances for each code.

Instead of filtering for each state one at a time to get the counts per code, each state’s count is already summarized in Column G (grand total) in the pivot table. But now you need a count of the non-campaign related purchases. If you insert None in the data as the campaign code for non-campaign purchases, the pivot table automatically adds another count for None in Column G.

An additional column was added for “None” to count the purchases made without a code to include them in grand total. 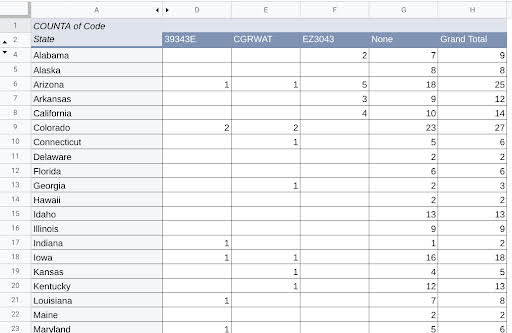 Finally, you can insert a formula in Column I to calculate the percentage of campaign-related purchases for each state. In cell I4, enter =(D4+E4+F4)/H4. Next, copy and paste the contents of cell I4 into all remaining cells in Column I.

A pivot table. Column to the right of Grand Total calculates the percentage of campaign-related purchases for each state. 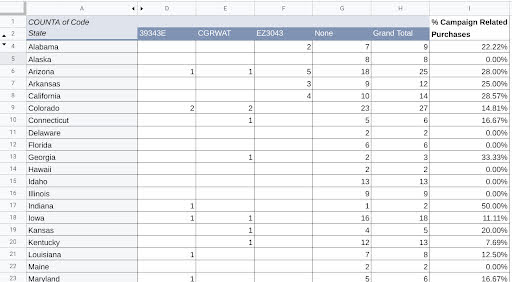 For example, after copying and pasting the contents from cell I4 to cell I6, the formula in cell I6 for Arizona becomes =(D6+E6+F6)/H6 which adds the values from the three campaigns and divides that sum by the grand total of purchases in Arizona.

Using the calculations for campaign-related purchases, you could share the following information with stakeholders:

The pivot table returned the same results as filtering the State column state by state to get a breakdown of the data by state. However, using the pivot table saved some time!

You can refer to the following resources for more information about working with pivot tables: